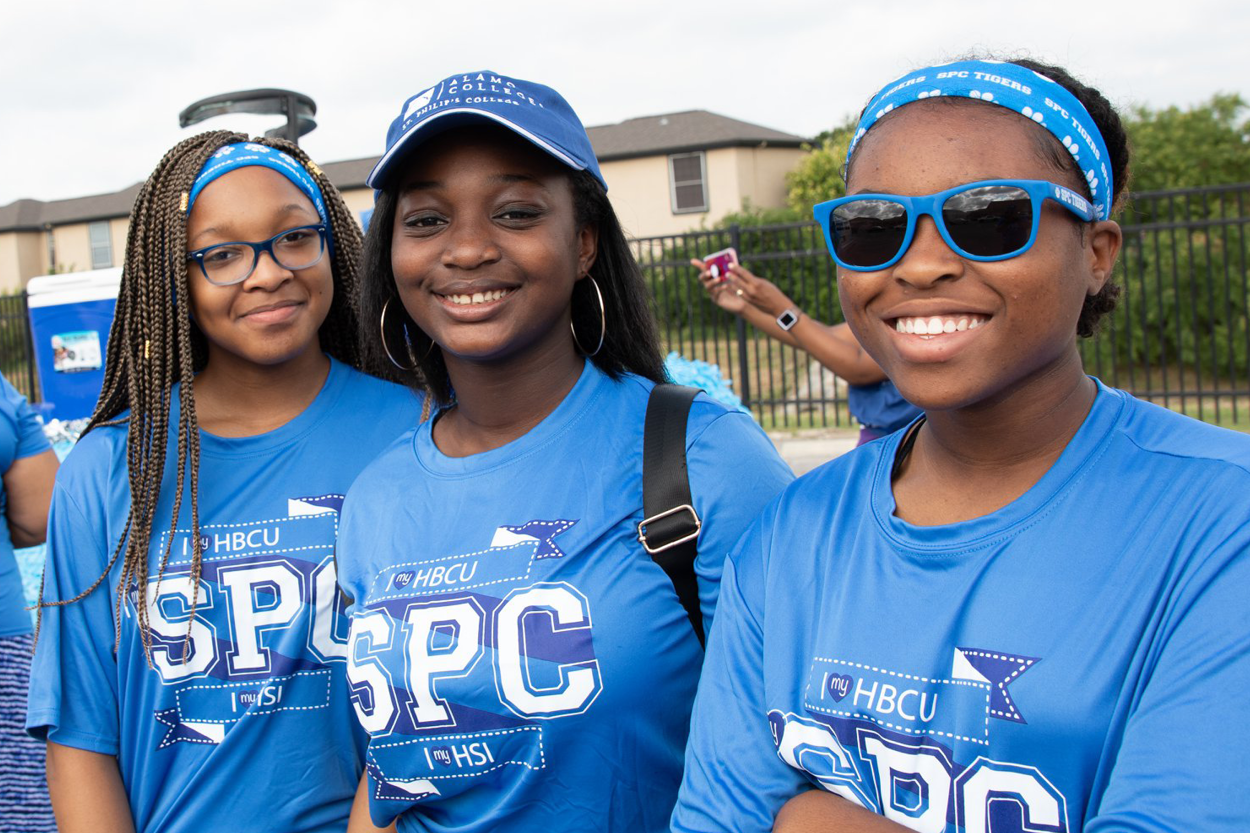 A festive gathering of St. Philip's College students, employees, alumni and employers were present as spectators and participants for the college's 2019 Juneteenth Freedom Day project.

The highlight of the project involved the college's students marching in the local parade that annually celebrates the event---the 40th Official State Holiday Juneteenth Parade---June 15.

The event allowed students to celebrate with community members, families in town for the event, and even local Buffalo Soldiers. While some students rode on floats, most chose to walk in a procession led by the grand marshal—a local hero in the fields of national security and civil rights—fourth generation San Antonian Oliver W. Hill. Hill is retired from serving with Kelly Air Force Base for more than 37 and served twice as leader of the San Antonio Branch NAACP.

As the oldest nationally celebrated commemoration of the ending of slavery in the United States, Juneteenth Freedom Day is considered a special event for St. Philip’s College, which began in 1898 as a school for the daughters of former slaves. Beyond the college, the project was especially relevant for the public since 2019 marked the 40th anniversary of Texas’ 1979 legislation for the Juneteenth Holiday.

All were welcome to join 30 St. Philip's College students, employees, alumni and employers as spectators and participants promoting education in the college's 2019 Juneteenth Freedom Day project. The highlight of the SPC project involved the college's students marching in the local parade that annually celebrates the event---the 40th Official State Holiday Juneteenth Parade---June 15 and starting at Sam Houston High School at 4635 E. Houston St., before ending at Comanche Park #2 at 2600 Rigsby Ave.

Juneteenth Freedom Day is a widely recognized celebration of the moment 154 years ago (June 19, 1865) when more than 200,000 enslaved persons in Texas found out that they were both free and independent from being considered as someone else's property. One-hundred-fifty-four years is slightly more than half of San Antonio's 301-year existence as a city, meaning Juneteenth---and slavery---and freedom---have a bevy of deep roots in one of the nation's largest states.

The march is the signature element of the college's engagement with the local organizers of the Juneteenth Parade. With the official Juneteenth holiday falling on June 19, SPC students have been attending classes this week and reflecting on how they observed an unforgettable civic event with the rest of the city a few days early.