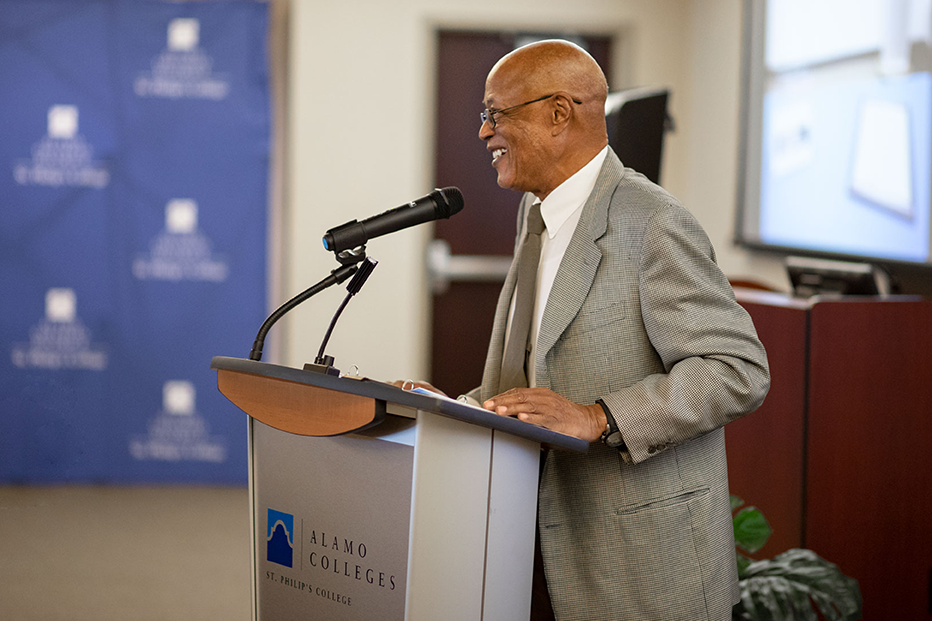 At their regular July meeting, the Alamo Colleges District Board of Trustees accepted the resignation of long-time District 2 trustee Denver McClendon.

The trustees praised McClendon for his 16 years of service on the board, which included serving as board chair, chair of the Policy and Long-range Planning Committee and outstanding service on numerous other committees during his tenure. McClendon was appointed to the board in July 2003, then won election in May 2004. His resignation was effective August 1.

During McClendon’s time on the board, he was an integral part of a number of major accomplishments. These included the passage of a $450 million bond package in 2005, which included funding for the construction of Northeast Lakeview College, and a second $450 million bond issue in 2017, which provided funds for projects at all five of the district’s colleges. During his tenure, the Greater Kerrville Center began offering classes, and the Workforce Center of Excellence, Central Texas Technology Center and the Eastside Education and Training Center opened their doors. Also during his term, the district was named the only community college to be recognized with the Malcolm Baldrige National Quality Award, the nation’s highest honor for institutional excellence.

McClendon retired with the rank of Lt. Col. after 26 years of active duty and reserve military service with the U.S. Air Force. He also is a retired civil service employee who serve as the transition assistance program manager at Kelly AFB. McClendon earned a bachelor’s degree in business administration from Tennessee State University and a master’s in business administration from Webster University. He also pursued graduate studies at the University of Northern Colorado and the University of Montana. A native of Atlanta, McClendon marched with Dr. Martin Luther King, Jr. to oppose segregation. His late wife was State Representative Ruth Jones McClendon, who earned enormous respect for her many years of outstanding service to her community, city and state.

The Board is accepting applications until 5 p.m. on August 19, 2019, for a trustee to be appointed to fill McClendon’s seat. The trustee chosen will take their seat by the September board meeting and serve until a special election is held in conjunction with the next general election on May 2, 2020. For more information, go to alamo.edu/trustee or call 210-485-0030.