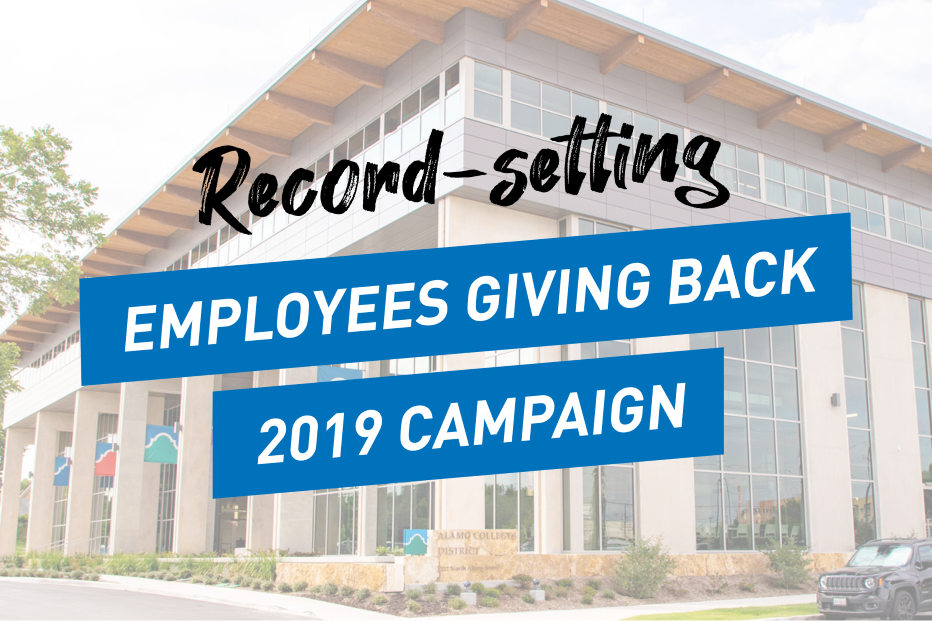 The Alamo Colleges District’s Employees Giving Back campaign, which raises funds for the Alamo Colleges Foundation, including scholarships for AlamoPROMISE, social service agencies through United Way of San Antonio and Bexar County and The Arts Fund, which supports local art and arts education, set two records this year. For the first time ever, a majority of Alamo Colleges District employees contributed to the campaign, achieving a record 55% participation rate and setting a new record in dollars raised, with a total of $268,715. The participation rate also exceeded the campaign’s goal of 51%.

Northeast Lakeview College achieved the highest participation rate for the second year in a row, with 84%. District Support Operations raised the highest total of dollars, $68,140.40. The largest average gift amount was $238.61, at St. Philip’s College, while the greatest increase in participation was at Palo Alto College, which increased its rate from 31% to 79%.

Employees who missed giving to the campaign can still make a gift by contacting Richard Farias at rfarias14@alamo.edu or going to www.alamo.edu/employeesgive.