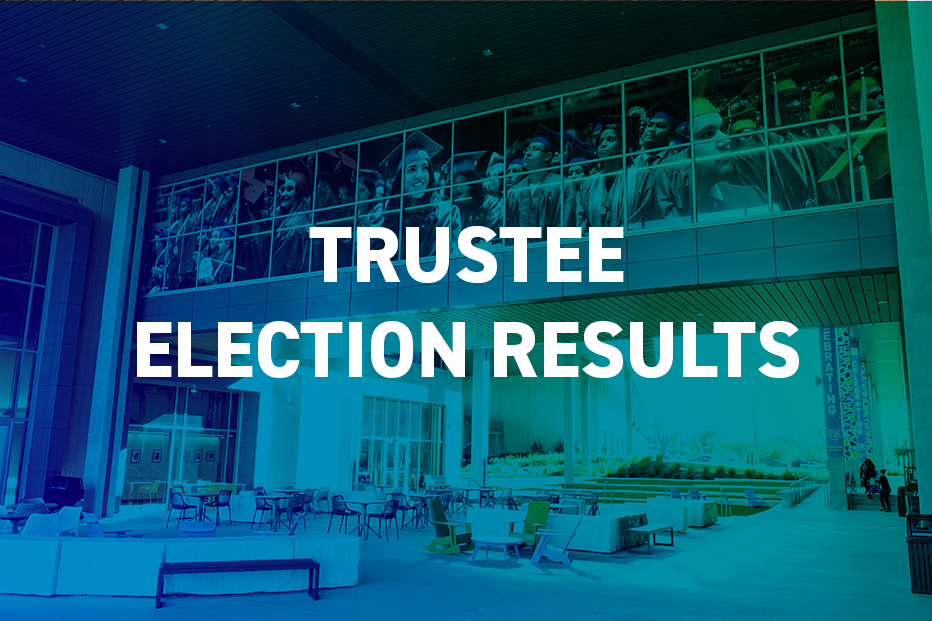 At a special meeting on December 17, 2020, the Alamo Colleges District canvassed the votes cast in the district’s runoff elections for trustee district’s 4 and 9 and declared the winners to be Dr. Lorena “Lorraine” Pulido in District 4 and Leslie Sachanowicz in District 9. Both are serving for the first time on the board and will be sworn in at a later date.

Pulido replaces retiring board chair Marcelo Casillas, who did not run for reelection. Sachanowicz replaces Joe Jesse Sanchez who was appointed in 2017 to replace late trustee James Rindfuss. They join new trustee Gloria Ray, who was sworn in as the District 2 trustee at the board’s November meeting.

“We are pleased to add to the board three trustees with such a wealth of experience and accomplishments,” said Alamo Colleges District Board Chair Marcelo Casillas. “They will make valuable additions to the board’s efforts to support performance excellence and student success,” he added.

“We welcome our new trustees to the Alamo Colleges family,” said Chancellor Dr. Mike Flores. “They each bring valuable experience and expertise, as well as new perspectives that will contribute to the outstanding quality and excellence of our board,” he added.

Pulido is a bilingual public relations expert with more than 25 years of combined experience in the marketing, corporate and non-profit industries. She is currently the communications manager for VIA Metropolitan Transit and was formerly the public relations manager for the City of San Antonio’s Department of Communications and Public Affairs, and MetroHealth. and has taught at local colleges, including Palo Alto College (PAC), for more than 20 years.

Pulido’s community involvement includes serving as the vice chair of the Brooks Authority Board of Trustees and the Brooks Foundation. She also serves as secretary for the Public Relations Society of America – San Antonio (PRSA-SA) chapter. She has received 16 PRSA Awards throughout her career and was selected the 2006 Public Relations Professional of the Year by PRSA-SA. Pulido is a magna cum laude graduate of Harlandale High School where she was enrolled in the dual credit program with PAC. She earned her bachelor’s and master’s degrees at the University of Pennsylvania and Columbia University School of Journalism, and a Ph.D. from Our Lady of the Lake University’s School of Business and Leadership Studies.

A seasoned attorney of 30 plus years, with experience in a wide range of positions, Sachanowicz, served two separate times with the Bexar County district attorney’s civil section and is currently in private practice as a civil attorney with his firm Les Law Group, PLLC. He previously served in legal positions with Campbell & Miller and the San Antonio Federal Credit Union and as general counsel for the Coliseum Advisory Board. He specializes in litigation and mediation, risk mitigation, employment law, contract negotiation and corporate governance.

Ray, a native San Antonian and life-long resident of District 2, has served her community as an outstanding volunteer since she retired from Kelly Air Force Base as a senior official after 27 years of service. She headed the division with the largest organizational budget (over $1.7 billion) with regulatory and human resource responsibility for a 2,500-person workforce.

Ray has served as a volunteer on various governance boards at the state, county and city levels. She has been Fiesta San Antonio Commission president as well as the MLK March and Commission chairs. Ray also has served the Alamo Colleges for 13 years as a volunteer, elected by her fellow, countywide committee members to chair every Citizen’s Advisory Committee overseeing Capital Improvement Projects for the district during the past 13 years. Under her leadership, the district implemented over $1 billion in improvements for all the district colleges. Ray also chaired the Citizens Advisory Committee that oversaw the planning and building of the Alamo Colleges new headquarters building, which celebrated its grand opening in July 2019.

For her efforts, Ray was inducted into the San Antonio Women’s Hall of Fame in the category of volunteerism. As a member of St. Paul United Methodist Church for over 38 years, she has served as youth coordinator, Bible teacher, chair of Evangelism/Christian Unity and Interreligious Concerns. She was the St. Paul Woman of the Year in 2006.