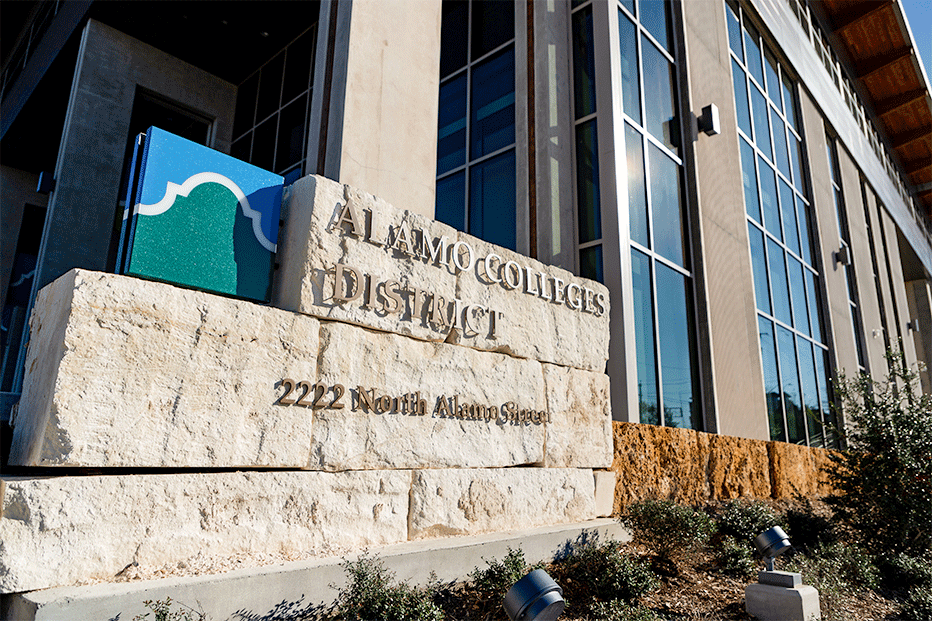 The Alamo Colleges District is one of only two winners in North America selected to be recognized by the Tambellini Group for the 6th annual Tambellini Technology Leadership Award.

The Tambellini Group, the leading independent technology research and advisory firm dedicated exclusively to higher education, received a record number of nominations for the award. The Alamo Colleges earned the Innovative Technology Team Award for their work led by Dr. Thomas Cleary, vice chancellor for planning, performance and information systems. The other winner was California Polytechnic State University.

“On behalf of the board and the entire Alamo Colleges family, I am proud that the Alamo Colleges has been chosen as one of only two higher education institutions in North America to be honored with the 6th annual Tambellini Technology Leadership Award,” said Alamo Colleges Chancellor Dr. Mike Flores. “This is the latest in a long line of national, state and local recognitions that reflect our dedication to performance excellence and particularly, our efforts to give our students the benefit of the latest and best technology to ensure their success,” he added.

“Institutions look to continuously improve their operations as they adapt to the rapidly changing demands of today’s students, and the most successful ones are supported by strong technology leaders and teams,” says Vicki Tambellini, President and CEO of Tambellini Group. “We are honored to elevate and reward Cal Poly and Alamo Colleges for their remarkable achievements in serving students and leading progress during an exceptionally challenging year for higher education.”

The Alamo College District’s five colleges and eight regional centers in the San Antonio region are located in the most impoverished major metropolitan area in the U.S. The pandemic hit Alamo College’s 70,000 students particularly hard, as many come from low-income backgrounds and lacked reliable access to high-speed Wi-Fi and devices such as laptops.

The IT team led innovations including a “Park-n-Learn Strategy,” which brought free and fast Wi-Fi to campus parking lots at each of Alamo College’s 13 sites, benefiting thousands of students weekly. Through a series of 10 targeted technology efforts for students and faculty, the Alamo Colleges IT team made significant strides in swiftly meeting the numerous needs of their diverse community of learners. In the Spring 2020 term, the student course completion rate reached an all-time high of 91.8 percent.

More information about the award winners and nomination process is available at the Tambellini Group's Website.