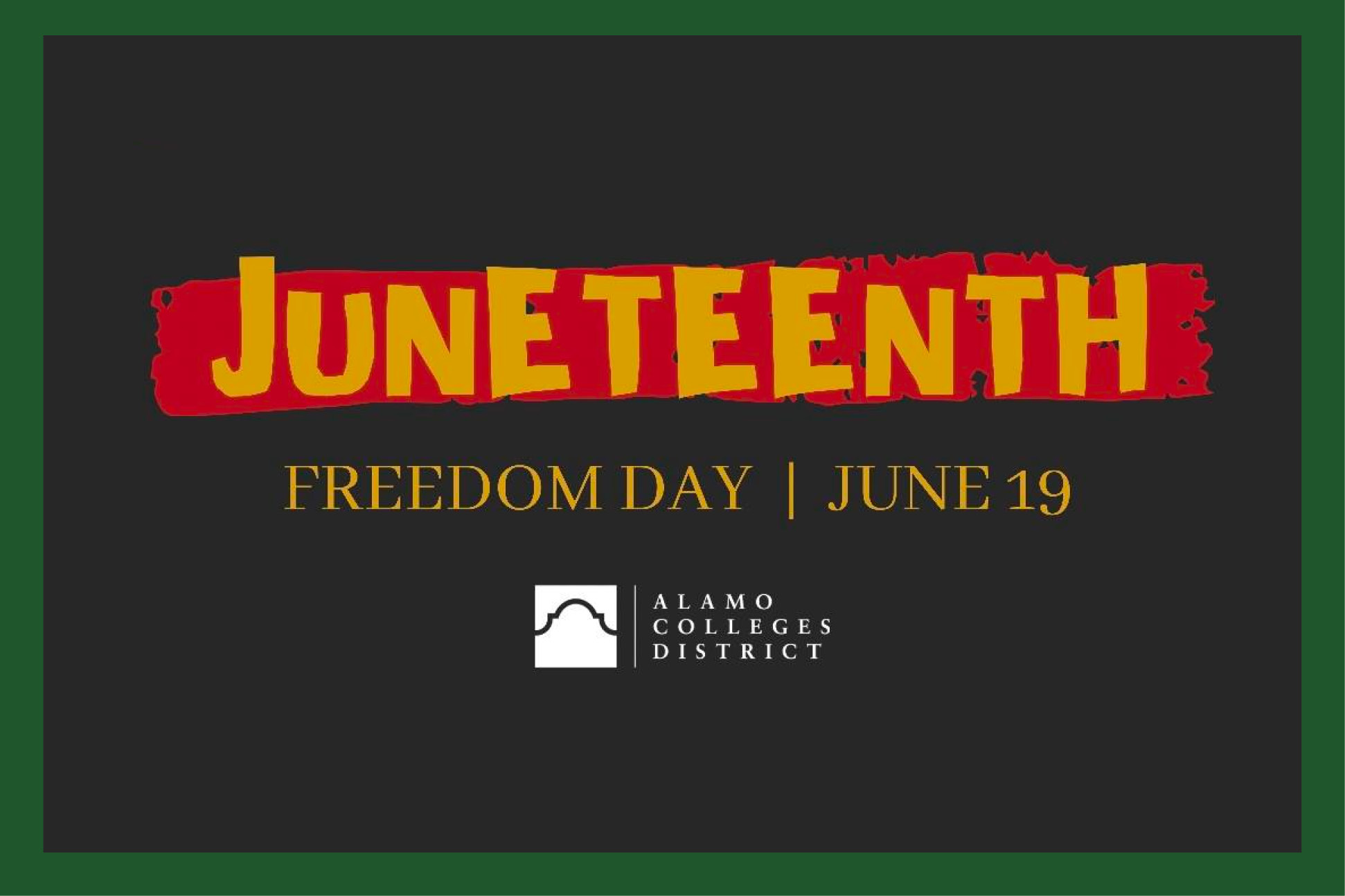 At their regular meeting July 27, the Alamo Colleges District Board of Trustees adopted Juneteenth, which falls on June 19 every year, as an official Alamo Colleges District holiday. The board’s action is in keeping with the district’s commitment to equity and diversity and its mission of “empowering our diverse communities for success.”

The first observance will be held on Monday, June 20, 2022 with the closure of all Alamo Colleges District sites.

Juneteenth commemorates the ending of slavery in the United States. On June 19, 1865, Union soldiers landed in Galveston, Texas, and shared the news that slavery had ended – more than two years after the signing of the Emancipation Proclamation. Black Americans and others have celebrated Juneteenth as a day of freedom and the beginning of a more hopeful future.

On June 18, 2021, President Joseph R. Biden, Jr. issued a Proclamation to establish Juneteenth as the nation’s newest national holiday. This proclamation was read at the board meeting before the board voted on the adoption of the holiday. In the proclamation, the President said “I call upon the people of the United States to acknowledge and celebrate the end of the Civil War and the emancipation of Black Americans, and commit together to eradicate systemic racism that still undermines our founding ideals and collective prosperity.”

“Adoption of Juneteenth as an official Alamo Colleges holiday allows the district, its colleges and its employees to commemorate and celebrate the end of slavery in the United States fully and forever,” said Alamo Colleges Board of Trustees Chair Dr. Gene Sprague. “As President Biden said in his proclamation, ‘In its celebration of freedom, Juneteenth is a day that should be recognized by all Americans,’” he added.

“The annual remembrances of this day are befitting and important for all members of a college district family that values equity and diversity and proudly includes St. Philip’s College, a Historically Black College,” said Alamo Colleges Chancellor Dr. Mike Flores, “In keeping with our mission and our values, and, in light of the weight of history, the board and the district leadership of the Alamo Colleges District and its colleges have rededicated themselves as advocates and champions for our communities of color—especially the African-American community. This is a key component of that rededication,” he added.

At the Alamo Colleges District, high-quality education and affordable costs provide exceptional value to students and alumni who are major contributors to the economy and culture of our community.