Produced by Jump-Start Performance Co. with support from the City of San Antonio Tricentennial Commission. An Official Tricentennial Event. 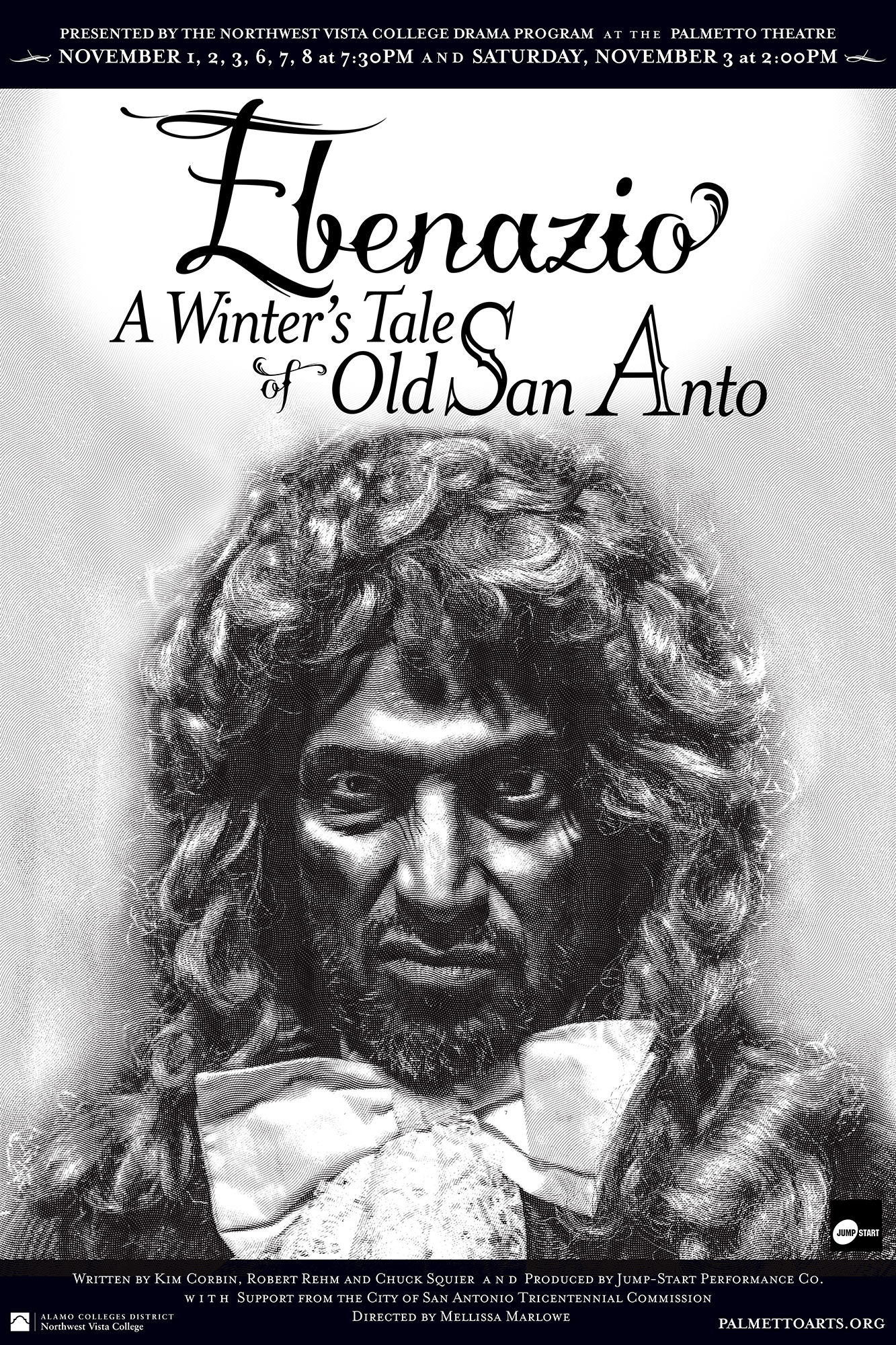 Ebenazio - A Winter’s Tale of Old San Anto is a theatrical work of historical fiction that is sweet and serious, but also spicy and silly. Set in 1731 in a tiny village that would become known as San Antonio, Texas, Ebenazio presents certain events and conversations that occur between November 2 (El Dia de Los Muertos - Day of the Dead) and December 25 (you know, Christmas), dropping in on such dates as the winter solstice and Our Lady of Guadalupe’s feast day.

A night when ancestors return, ushered in by the season’s first blustery blue norther and punctuated by an eclipse, also sees the arrival of settlers from the Canary Islands, sponsored by the king of Spain. These strangers bring change to the existing community. Already here are five Franciscan missions, dedicated to bringing into their fold the Coahuiltecan natives who had roamed and made camp in the area for hundreds of years. Spanish and mestizo military men and their families are attached to a fort presided over by the captain and acting governor, Ebenazio, who is charged with the protection of the friars and the newly converted.

The play is populated with sixteen vivid characters representing these groups who struggle with issues quite familiar to San Antonians today – land use, water rights, class clashes and a cultural divide. A parade of ghosts and visions illuminate and confuse. But common goals and surprising romantic attractions bring the folks together. By the end of the play, while problems remain, each character has changed, especially the selfish, bitter Capitán Ebenazio. His epiphany stands for hope for the future of old San Anto.

Palmetto Theatre at Palmetto Center for the Arts

FREE NIGHT FOR ALL
Tuesday, November 6