Mural Unveiling Depicts the Journey to an Equal Education

The journey to get an equal education is depicted in a unique mural project by Northwest Vista College and award-winning artist Adriana M.J. Garcia. The mural features images from the 1968 Edgewood High School Walkouts in San Antonio with students holding signs saying, “Better Books Better Education,” and “College Not Vietnam.”

Titled, “Changing the World,” the mural will be unveiled to the public on Wednesday, Sept. 18 at 5:30 pm in the Cypress Campus Center. It features real students and reflects the stories of creative survival, symbols of support, and political activism that lead many students to fight for equal education.

The massive 7 feet x 36 feet mural also includes actual images of students who have gone back to school later in life, come from immigrant parents, are first-generation college students or have parents who made sacrifices to support their educational journey. The project’s theme was created from research and student surveys.

Garcia said the project’s focus on education is important to San Antonio because of its large high school dropout rates.

“We want the mural to show that education helps people create a new identity and self-determination,” she said. “It’s about trying to better yourself in order to have a better life than the previous generation.” 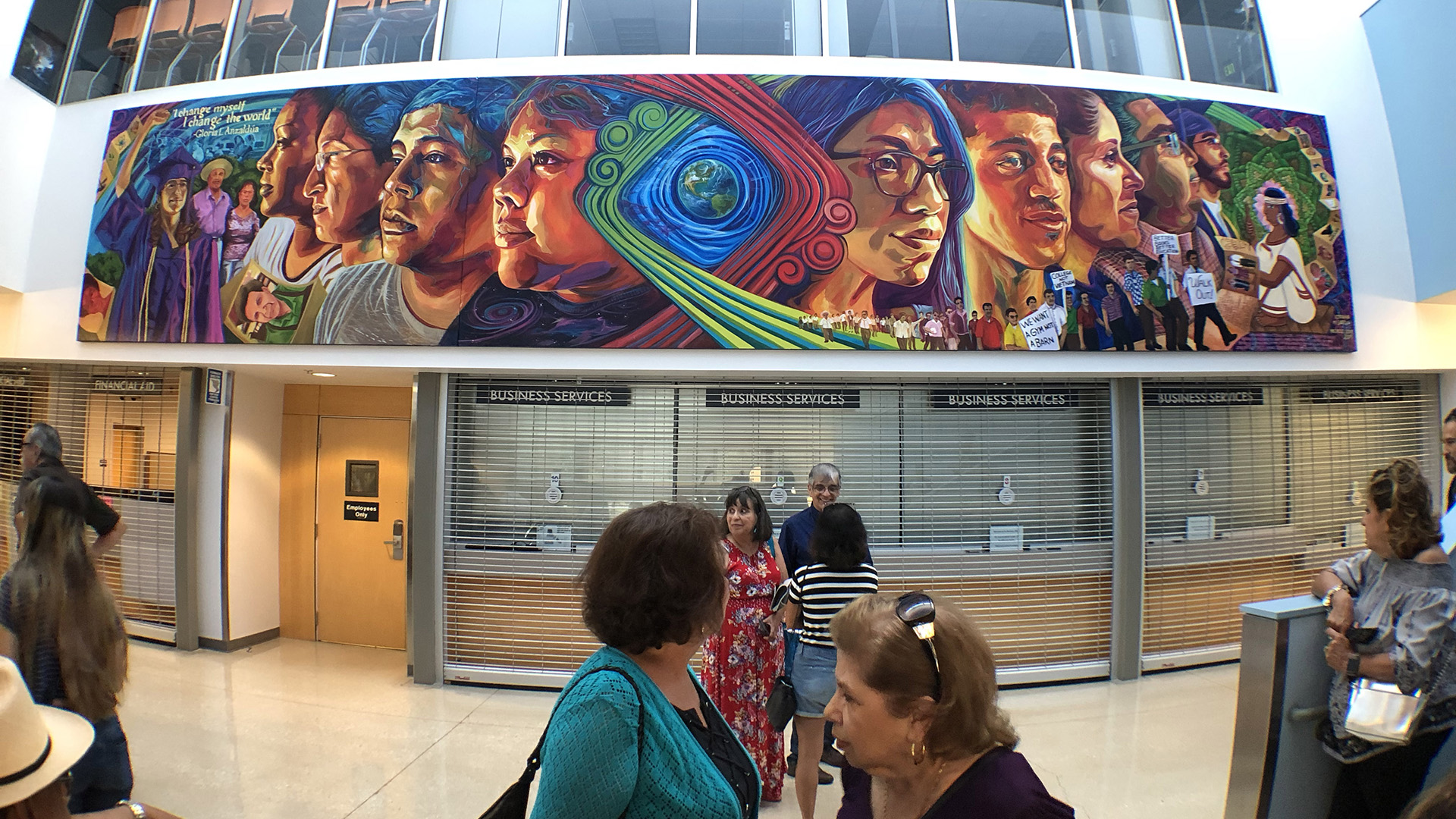 The mural received additional help from longtime San Antonio artist Roberto Sifuentes. He painted the iconic image of student protestors first printed in the San Antonio Express-News. Sifuentes’ wife, Herlinda, participated in the walkouts and graduated from Edgewood in 1968.

The Alamo City has a rich history of educational activism. Mario Compean, a well-known activist, also participated in the first meeting of the mural to provide some context and history. He’s the co-founder of the Mexican American Youth Organization and the Raza Unida Party.

While Garcia is the lead artist and guide on the project along with her assistant Michelle Love, middle, high school, and college students participated in painting the mural. This project, funded by an Arts Engagement in American Communities grant from the National Endowment for the Arts, is a collaboration of two Northwest Vista College academic programs: Mexican American Studies and the Fine Arts departments.

Adriana is an award-winning artist, muralist, a scenic designer from San Antonio’s West Side. She is a winner of the Jose Cuervo Traditional Mural Project, a national art competition, and presents at national conferences. Adriana is also a graduate of College of Fine Arts at Carnegie Mellon University in Pittsburgh, Penn and earned a Multimedia Specialist Certificate from Northwest Vista College, where she previously was a faculty member.