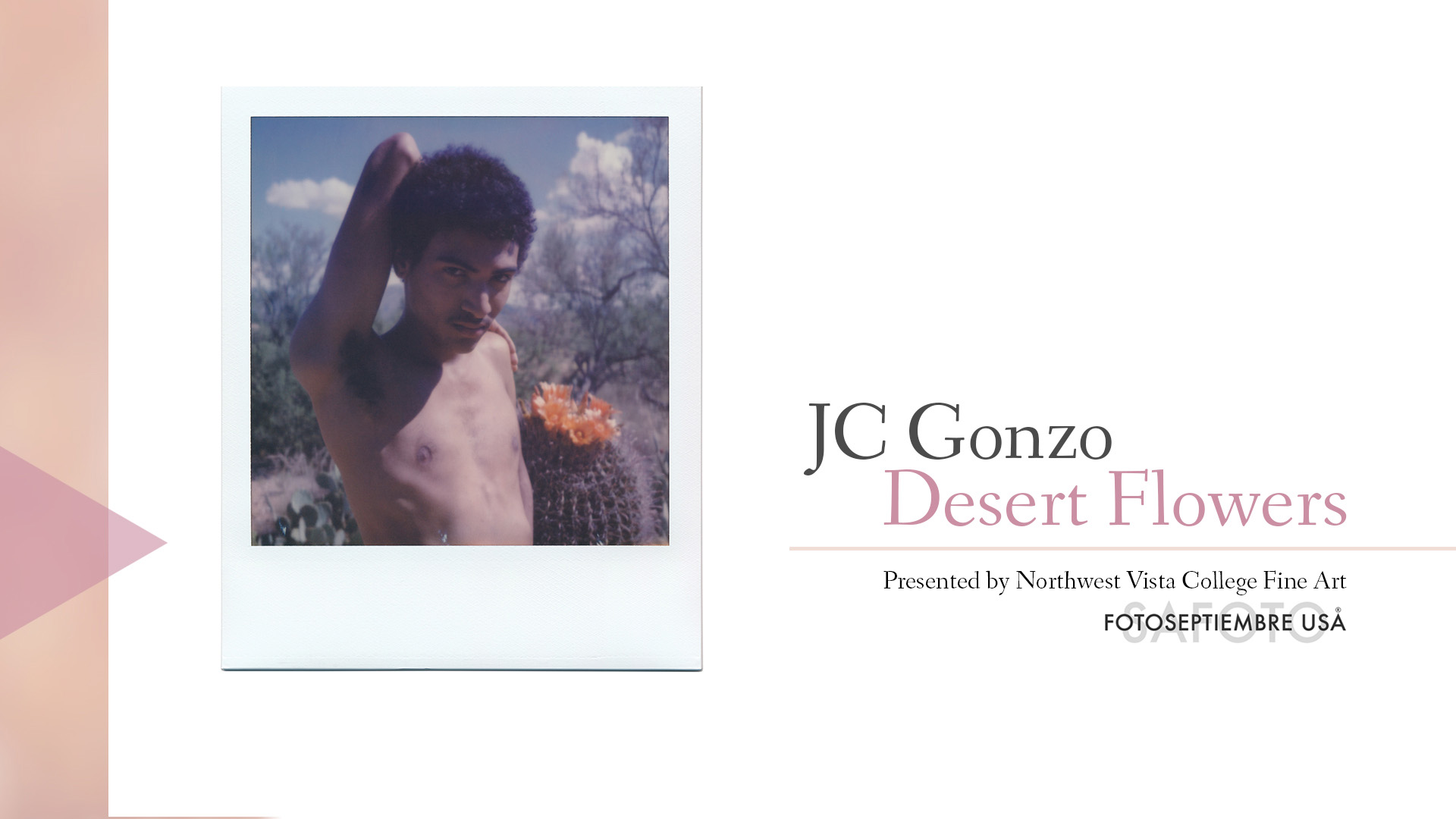 Photos From the project, Desert Flowers, 2016

JC Gonzo (b. 1989) takes investigative photographic excursions; researching, documenting, and re-contextualizing sub- and counter-cultural histories as a form of meta-ecology. These reports are depicted through a variety of media that function both as a referential document and a celebration of chaos as exhibited by the natural world. 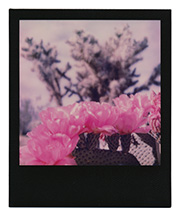 Desert Flowers is a Polaroid SX-70 series featuring the American Southwest in bloom and its queer youth, serving as documentation of both ecological and cultural resilience, perseverance, and beauty by bridging a connection between desert ecology and sexual identity. These Polaroids were taken predominantly in 2016 and touch the Mojave, Sonoran, and Chihuahuan deserts, spanning the states of Texas, New Mexico, Arizona, Nevada, and California.

I was born and raised on the border between Texas, New Mexico, and Mexico, and my coming-of-age experience as a homosexual mirrored the harsh, arid environment that I grew up in. An aspect of the series aims to correct this negative dichotomy by challenging both a personal and societal outlook of both the desert environment and what it means to be young and gay in a rural setting.

At the time of the project's beginning, Polaroid had ceased instant film production, so I was using an independent company's modified film stock that worked with vintage Polaroid cameras, named The Impossible Project. The singular, one-of-a-kind nature of instant film photography suited both the unique individualness and scarcity of the series' subject matter, while also speaking to a lineage of road trip photography.