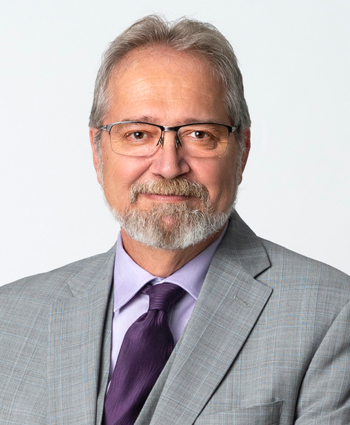 Dr. Conrad D. Krueger, Sr. began his academic career as a full-time non-traditional student at San Antonio College at the age of 32. He obtained an Associate in Applied Science, and continued his education to obtain a Masters in Mathematics with a concentration in Statistics from the University of Texas at San Antonio and a Doctorate in Higher Education Leadership from Texas A&M at Corpus Christi.

In 1994, he joined the Mathematics department as a faculty member. In addition to his instructional duties, he also served as the evening and adjunct programs coordinator for four years before serving an additional four years as Department Chair. He also chaired the Retention Task Force Committee that evolved into the Quality Enhancement Plan Committee. In addition, Dr. Krueger served on the State's Student Academic Preparation and Readiness Committee. In June 2008, he became Dean of Arts & Sciences.

He enjoys fishing, going to the gym, jogging, and spending time with his family, which includes his wife, four children, and six grandchildren.