Rodolfo Montez Jr. studies the evolution of stars, especially ones that are dying and which will transform into iconic nebula. He is also an X-ray expert on nebulas, studying both diffuse and compact emissions from the celestial bodies. An astrophysicist, he conducts his research at the Smithsonian Astrophysical Observatory, a collaborative center between the Smithsonian Institution and Harvard University.

In addition, he is part of the Chandra X-ray Center, which manages the Chandra X-ray Observatory, one of NASA’s four Great Observatories , which are orbital satellites that provide incredible images from space. He is one of a handful of scientists who organize the scientific competition for the observations by the billion-dollar X-ray telescope. 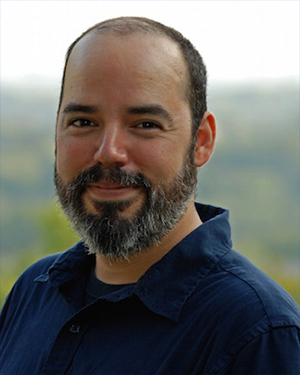 His career may have been dramatically different however, had he not attended San Antonio College.

In high school, Montez excelled at science and math, his favorite subject. When it came time to talk about his future, he told his guidance counselor he wanted to be a scientist. He didn’t get the response he was expecting.

“My counselor laughed and said don’t do that – you will never get a job,” said Montez. “So I asked what I should do and he suggested that I go into accounting.”

He received a Presidential Scholars scholarship and attended SAC intending to go into business administration. Near the end of two years, Montez needed a science credit and took an introductory astronomy course taught by Alfred Alaniz. The class reignited his passion for science. “I was talking to my friends so much about the astronomy class that they were the ones who told me why don’t you do that instead of accounting?”

At first he was reluctant to change his career path, but after a talk with Alaniz, Montez began taking additional math and science courses. He credits SAC for giving him the opportunity to explore his interest in science, which eventually led to him pursuing physics at the University of Texas at Austin.

While at SAC he earned associate degrees in both business administration and applied science. He then transferred to the UT Austin, where he double-majored in astronomy and physics. While an undergrad, he spent a semester doing research at an observatory in Chile, a summer at MIT Haystack Observatory, and a summer at San Antonio’s Southwest Research Institute as part of the National Science Foundation’s Research Experiences for Undergraduates (REU) program.

He then attended the Rochester Institute of Technology where he earned his doctorate in astrophysics.

Montez still visits SAC to talk about his work with students in Alaniz’s classes.

Coming to campus reminds him of the sage advice he received from his friends to pursue astronomy. “I don’t know if I have ever told them thanks for pushing me in that direction. I probably should do that,” he said. “But they know that they are the cause.”