San Antonio College students Mark Fryer and Francisco Hernandez have been selected to help launch My Brother’s Keeper – San Antonio (MBKSA), a council to promote and support opportunities for men of color.

MBKSA is a city-wide organization with a mission to advocate for effective policy and system change, and to develop the leadership skills of African American and Latino males in San Antonio and Bexar County. In September 2014, President Barack Obama established the My Brother’s Keeper Challenge to encourage local communities to work together to close opportunity gaps faced by boys and young men of color.

MBKSA has received the endorsement of the San Antonio City Council and is working with both community and business leaders. In San Antonio and Bexar County, 77 percent of males under 35 are men of color.

Earlier this year, Fryer and Hernandez, who are members of SACMEN, were invited to become part of the founding MBKSA council. 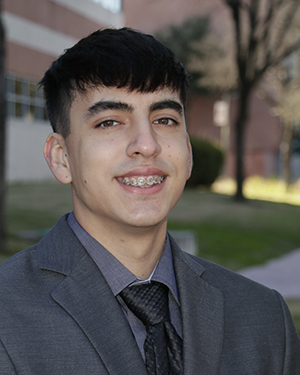 “I said yes in a heartbeat,” said Hernandez, who is majoring in general science with a goal to study environmental studies once he transfers. “I think it is important to promote higher education to men of color. I think it is great to help them advance and get the skills they need to succeed in life.”

When he heard about the council, Fryer, who is majoring in engineering, said he felt it would be something important to join. “I want to be a part of progress and change, so I decided to get involved and dive in,” he said. 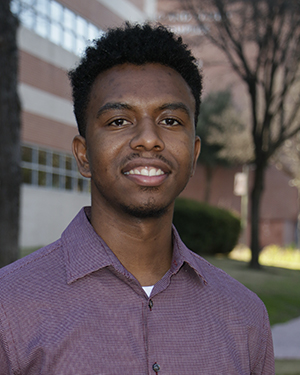 Fryer added that he felt a responsibility to take on a role that didn’t come naturally to him. “I’m the type of person who usually stays in the background. I’m not very outspoken,” he said. “I think this will be a wonderful opportunity for me to learn how to become a leader – to be an example – for those younger than me.”

The first order of business for the students was to attend MBK Rising!, a national conference in Oakland, Calif. organized by the Obama Foundation. The conference was attended by almost 250 MBK communities nationwide. Hernandez and Fryer networked with other MBK members to learn what they were doing in their hometowns.

In addition, Hernandez and Fryer were able to meet with President Obama, who was the conference’s keynote speaker.

Hernandez said he left the conference feeling empowered and ready to spread that empowerment to others, wanting to share “the feeling that we all have the ability to achieve a successful life.”

Later this spring, MBKSA will begin recruiting members from local high schools, colleges, and universities to help break down barriers faced by men of color.