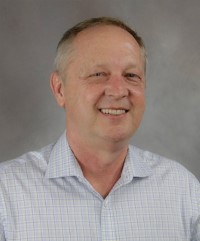 San Antonio College History Professor Jonathan Lee, who is the department chair of Mexican American studies, Social Work, Sociology, Early Childhood Studies, History and interim chair of Criminal Justice, has been appointed as an interim dean for Academic Success. In this position, he will report to Jothany Blackwood, vice president for Academic Success.

Lee will be stepping into the position formerly held by Vernell Walker, who is retiring from SAC after serving as a faculty member since 1982 and as a dean since 2009.

As Dean for Academic Success his duties will include:

Lee began his career at SAC as a member of the history faculty in 1997. He has held several leadership positions at SAC including department chair of History, Humanities, and Anthropology from 2009 to 2011. He was the Honors Academy coordinator from 2011 to 2016, and department chair for Mexican American Studies, Early Childhood Studies, Sociology, Social Work, and History since 2018.

He has served on the Faculty Senate and the District Council of Chairs. Lee has also served as a LEAP Texas Fellow, as well as a member of the American Historical Association’s Tuning Project and is a past president of the World History Association of Texas.