Her SAC career began in 2009 and, in addition to her most recent position as Dean of Student Success, she has served outstandingly in numerous faculty and leadership roles over the past 12 years. 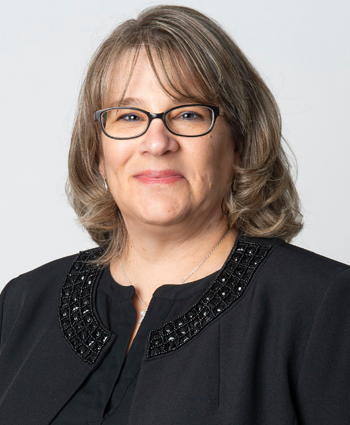 Dr. Cox Hernandez began her career at San Antonio College as a member of the Criminal Justice faculty in 2009.  She served as program coordinator, taught nine separate courses, and served as a pre-law advisor until she was selected to serve as the Interim Chairperson for the Language, Philosophy, and Culture Department.  She was named chairperson of the Public Policy and Service Department in Fall 2016.  Dr. Cox Hernandez has held several leadership positions at San Antonio College, including president of the Faculty Senate, faculty advisor to the Student Government Association, and Chairperson of the District Council of Chairs.

Before coming to SAC, Dr. Cox Hernandez served as a prosecuting attorney in the Maricopa County Attorney’s Office in Arizona.  She is a proud veteran, having served on active duty and as a reservist in the United States Air Force.  She earned a Ph.D. in Criminal Justice from Texas State University, a juris doctorate from the University of Utah College of Law, and a bachelor of arts in Russian Language from the University of Arizona.

Last fall, she was named SAC’s accreditation liaison to the Southern Association of Colleges and Schools Commission on Colleges (SACS-COC). She is currently working with faculty and staff to prepare a fifth-year interim report, due in September, which will include a site visit by the commission. SAC will formally apply for reaffirmation of its accreditation in 2026.