Teresa Robledo has been named the new coordinator of the San Antonio College Early Childhood Center, a nationally accredited facility that offers care to children from 12 months to four years who have a parent attending SAC. The center is also an educational lab for students enrolled in the Early Childhood Studies program. 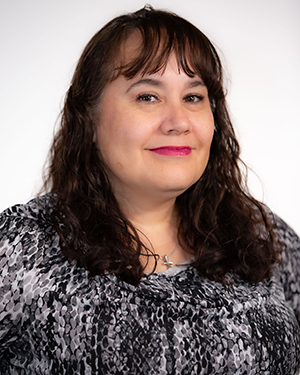 A SAC Early Childhood Studies graduate herself, Teresa joined the center as a child development specialist in 1998. She has also served in the roles of early childhood teacher and most recently, interim coordinator. In 2019 she was appointed by the Governor of Texas to represent preschool teachers on the Texas Early Learning Council.

While serving as interim coordinator, she led the center in receiving Four-Star status from Texas Rising Star, a quality rating and improvement system for Texas early childhood programs. The designation is the highest given by Texas Rising Star, which is part of the Texas Workforce Commission.

Most recently, Robledo directed the renewal process for accreditation by the National Association for the Education of Young Children. She was also instrumental in the smooth running of the center during the Covid pandemic.