SAC biology student Julian Delagarza recently put his regular studies aside to spend a week designing a rover mission to Mars for NASA.

The NCAS program allows students to get a closer look at NASA’s missions and research while developing a variety of professional skills as they compete in a STEM engineering design challenge. 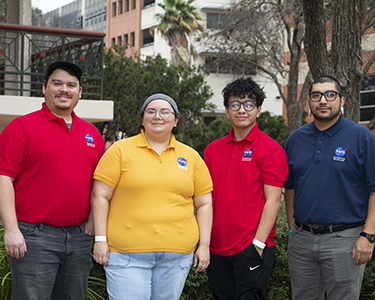 Delagarza’s NASA experience began in Fall 2021 when he was accepted into the NCAS Mission 1 program, a five-week self-paced online course culminating in a project on moon habitation. His successful completion of the course earned him an invitation to participate in Mission 2 in February, which placed him on a team with 11 other students working together to develop a plan for a rover mission to Mars.

A NASA engineer mentored Delagarza’s team as they planned their mission, including designing a rover, determining scientific goals for the mission, and figuring out how to get the rover from earth to Mars and back. At the end of the week, they presented their rover project to NASA professionals.

“It was treated like an actual mission,” Delagarza said. “It was a realistic simulation of what a NASA team would do.”

Delagarza’s teammate, SAC student Roja Sahipour, appreciated the chance to work with NASA experts in the program. “It was a great virtual experience of working with NASA mentors and coordinators and meeting NASA scientists and astronauts,” Sahipour said.

Several SAC students came away from the program inspired to work in the aerospace industry. SAC student Antonio Mejia knew that the program would not only teach him about NASA, but help him determine if a STEM career was right for him.

“I knew NCAS was going to be a proving ground, to prove to myself whether this was the career I wanted to pursue,” Mejia said. “Not only did I gain that assurance, but I also have the opportunity to put a NASA experience on my resume.”

The experience will help participants with transferring to a four-year university and landing both internships and future jobs, according to Dr. Martha Trevino, Director of the Office of Workplace Learning for the Alamo Colleges District.

“It’s an incredible resume booster,” Trevino said. “I think the biggest benefit is that it builds self-confidence and a sense of self-efficacy, which is then communicated in any job interview after graduation.” 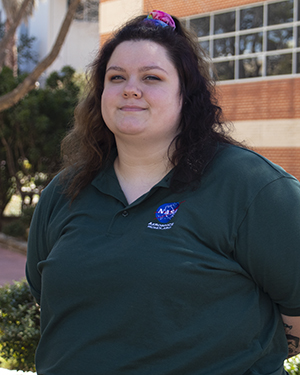 In addition to the challenges of planning a space mission, students have to juggle their regular coursework with their NASA endeavors. The difficulties of keeping up with class work were worth it to SAC student and Mission 2 graduate Samantha Wojda, who loved the chance to “see behind the curtain of NASA.”

“NCAS has only inspired me to keep working hard,” she said. “I feel like it gave me a taste of what my future could be if I continue with my STEM major, so I want to get my degree and go back to NASA as soon as possible!”

SAC student Levon Montez also came away with a goal of working with NASA again. Following the program, he is applying for internships with the space agency and wants a career there in the future.

“The NASA virtual experience was incredible,” he said. “The program will 100 percent have an impact on my future.”

Wednesday, April 6, is the deadline to apply for the next NCAS Mission 1 session, taking place in Fall 2022. A workshop offering information and tips for applying takes place at SAC on Friday, March 25, from 11:30 a.m. to 1 p.m. Students can learn more at alamo.edu/internshipworkshops or email questions to dst-careerprep@alamo.edu