San Antonio College graduate Eric Allee is now on his way to a doctorate in electrical engineering at the University of Arkansas. He said it wouldn’t have happened if he hadn’t launched his academic career at SAC.

“I absolutely wouldn’t be here if it wasn’t for SAC and the MESA center,” Allee said. 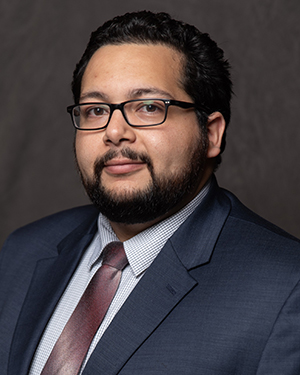 Allee and two other SAC students were chosen for the program and spent the summer of 2018 conducting research on electrical grids at the University of Arkansas.

When POETS ended, the professors leading the program offered the students a position in their labs if they ever decided to transfer. Within two weeks, Allee was enrolled at the university in time to start the fall semester. He graduated in 2021 with a bachelor’s degree in electrical engineering.

The university offers a shorter path to a PhD by allowing qualifying students to enter a doctorate program immediately after receiving an undergraduate degree. Allee was accepted and also won fellowships to support his studies, which focus on high-power inverters and converters used to help tie renewables to the electric grid and to drive motors in electric vehicles.

Allee took a circuitous route to academic success. After graduating from Alamo Heights High School in 2008 he enrolled at Texas A&M Galveston, where the campus was evacuated two weeks into the semester due to Hurricane Ike. He then attended SAC for less than two semesters before dropping out.

“I definitely was not ready for it,” he said. “I didn’t appreciate the opportunity at the time and so I did poorly.”

After working in retail and restaurant jobs for six years, he was motivated to return to college. He enrolled at SAC as a full-time student.

His chemistry and calculus classes led him to the MESA (Mathematics, Engineering and Science Achievement) Center. He found not only a place to study, but a group of like-minded students and a wealth of resources and opportunities, including serving as president of the Society of Physics Students.

“I basically lived there for two semesters,” he said. “Being able to build that community with other students was one of the most important factors for me being successful at SAC.”

He originally planned to pursue chemistry and engineering when he was accepted into the POETS program. That opportunity helped him discover his passion for hands-on research. Four years later, he still works in the lab where he got his first job offer as a SAC student. After earning his PhD, which he expects to complete in 2026, he plans to stay in research in an academic or industry setting.

He credits his ongoing success to both seizing available opportunities and building strong connections along the way.

“Build that network of like-minded people that you can help support and they’ll help support you,” he said. “Being able to connect with and build community with the people around me has allowed me to get this far.”