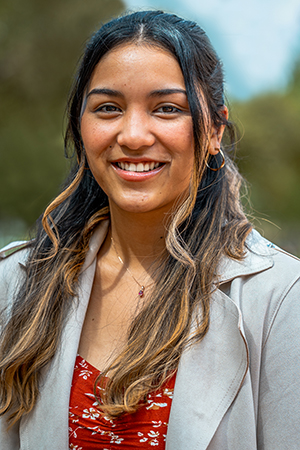 Now, after her team submitted the winning proposal in the national contest and won a $10,000 award, they’re working to turn their proposal into a viable business.

“My team is hoping to start an LLC company with our idea,” she said. “We’re really excited about it. We’re working with lawyers to get the idea patented and start our company. That is the end goal for us.”

Gaither’s team developed a proposal for new technology to improve carbon dioxide removal and oxygen reproduction on the International Space Station. The project can also be adapted for planetary use, including possible applications on Mars and to reduce greenhouse gases in the earth’s atmosphere.

With the funding, the team will continue developing a prototype of the project and conduct research and testing.

Gaither spent 12 weeks in the program this summer working online with her team, whose members are from around the country. She served as a data coordinator, research analyst, and business administration director. Their challenge was to figure out how to create a sustainable, closed-loop system that removed carbon dioxide and produced oxygen for those on the space station.

NASA provided access to mentors, subject matter experts such as microbiologists and chemical engineers, and other resources.

“We had the idea, we just needed to figure out how to make it work,” she said.

Prior to her success in NPWEE, Gaither also won NASA’s Community College Aerospace Scholars (NCAS) Mission 2 Program this year. She worked on a team with several other Alamo Colleges students to develop a lunar habitation system for conducting research on the moon.

Gaither, who will earn her associate degree this semester, is a business and psychology major. She’s also the vice president of SAC’s Student Government Association and the secretary of the campus branch of the Phi Theta Kappa honor society.

She plans to pursue a career as a corporate lawyer. While she hasn’t changed her mind, the project rekindled her childhood fascination with outer space.

“I really don’t want to change my major, but I’ve fallen back in love with engineering,” she said.