The award is for the news website’s coverage in spring and fall 2019. Spring 2019 was the last semester The Ranger also produced a weekly print newspaper.

Journalism sophomore Sergio Medina was editor in the spring, and he and journalism freshman Rogelio Escamilla were web editors in the fall. 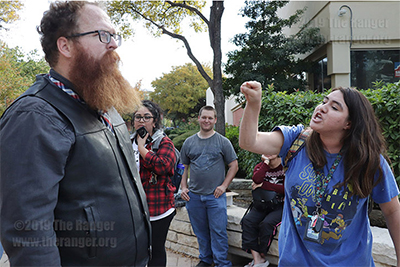 She added that even through the stay-at-home order the student journalists “have found stories, asked questions and reported stories important to the college community.”

For more information, contact the journalism-photography program at 210-486-1765 or email sac-ranger@alamo.edu.

The photo above was by journalism sophomore Linda Owens, who was awarded first place in breaking news photos in the 2020 competition sponsored by the Texas Intercollegiate Press Association.