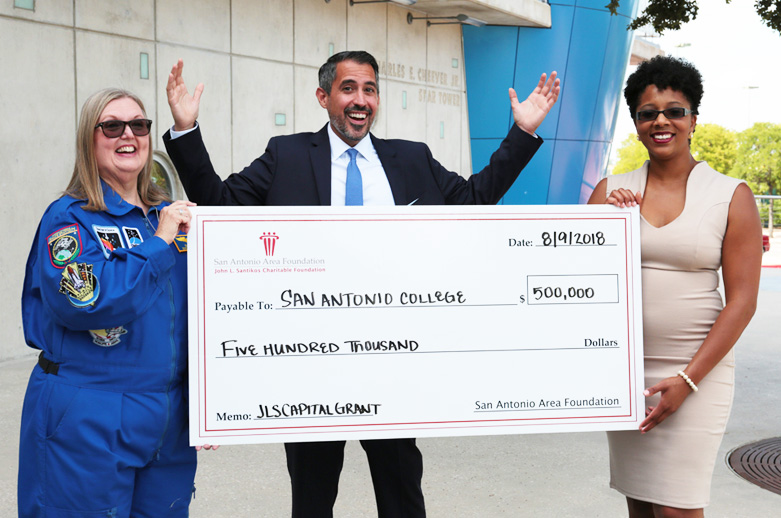 SAC was among the six award recipients that received part of the three million dollar allotment in 2018. With this grant, San Antonio College joins past recipients in a capital naming rights process created by SAAF to honor the late John L. Santikos.

"San Antonio College is honored to be the future site of The John L. Santikos Micronauts (TM) Center," said Dr. Robert Vela, President of San Antonio College. "The new center will expand the offerings of the Scobee Education Center and Challenger Learning Center, and will create more opportunities for young children to learn and explore space and the STEM fields."

The Micronauts program is one of the nation's first 'cradle-to-college' STEM pathways which serves young STEM learners ranging in age from four to nine years old. Currently, the program operates within SAC's Scobee Education Center which opened in 2014 and was named in honor of Richard "Dick" Scobee, former SAC student and flight commander of the ill-fated Challenger mission, and his wife June Scobee Rogers.

"Mr. Santikos would be proud to see how his legacy is being carried out," said Becca Brune, president and chief operating officer for the San Antonio Area Foundation.

Design of the new center is already underway with construction slated to be complete by December 2019.