He replaces Dr. Robert Vela, who has been named president of Texas A&M University-Kingsville. 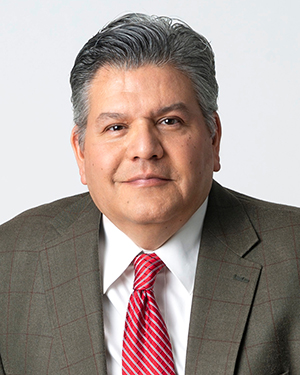 A national search will commence this summer with the goal of appointing a new president by January 2023.

Solis joined the SAC faculty in 1999 as a professor in the mortuary science program, for which he also served as coordinator.

Most recently, he was Dean for Performance Excellence in the Division of College Services, a position he has held since 2016.  He also served as Director of Learning Assessment and Review in the department of Integrated Planning and Performance Excellence where he worked closely with college leadership to design, implement, and carry out the strategic plan for the college.

Solis contributed to the writing and planning of SAC’s accreditation report to the Southern Association of Colleges and Schools Commission on Colleges. He has participated in many award-winning applications resulting in such major recognitions for SAC as the Aspen Prize for Community College Excellence and the Malcolm Baldrige National Quality Award.

“I’m deeply honored to be selected to serve as interim president of San Antonio College,” Solis said. “These are exciting times as we emerge from the global pandemic, enjoy national recognition as the winner of the Aspen Prize for Community College Excellence, invest in our future with the recent $15 million gift from philanthropist MacKenzie Scott and her husband Dan Jewett, and begin planning for our centennial in 2025. I plan to build on these successes that have made SAC a model for community college education with a strong foundation in equity for everyone.”

Solis is a graduate of the University of Texas at Austin School of Law, St. Edward’s University, San Antonio College, and Central Catholic High School.