It is impossible to estimate how many pictures San Antonio College photographer Leonard Ziegler has taken on campus. When asked, he thought hard about the answer and offered that he’s probably taken about 140,000 photos since 2004. But that doesn’t account for the photos he has taken since 1980, when he started at SAC and the years he used film. 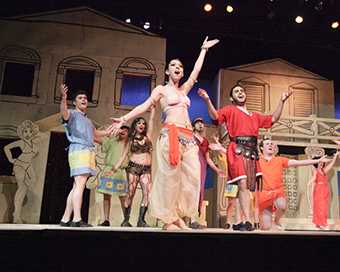 t is safe to say very few events that occurred at SAC campus were not recorded through Leonard’s lens. Now, however, he has put his camera gear away and is retiring in February after a distinguished 39-year career.

Quiet and unassuming, Leonard has been recording life at SAC – from classrooms to  concerts, plays to sporting events – with an artist’s eye. In addition, he has taken hundreds, if not thousands, of portraits of faculty, staff and students.

An early focus on photography
Leonard’s love of photography was developed and fixed when he was a teenager. His brother introduced him to photography and would have him work him as a second photographer at weddings. In those pre-Photoshop days, his specialty was taking artistic pictures of the bride and groom by double exposing the film. In order to pull this off, he had to make sure the couple was lighted a certain way and in a specific part of the camera frame. He is proud to recount that 95 percent of those images – which he would not be able to see until the film was developed – produced successful results. 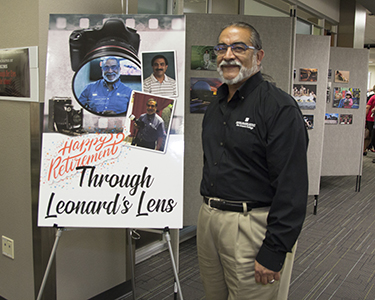 While in high school, Leonard was able to work one summer in Washington DC. He remembers the trip was eye opening for him and gave him his first taste of life outside of San Antonio. He was able to save some money and when he returned, he bought his first camera.

He attended San Antonio College in 1976 and majored in advertising art. After he graduated, he was hired by John McGee Advertising Associates. He remembers he spent most of his time creating advertisements for mortuaries and the occasional obituary.

Capturing life on campus
In February 1980, Leonard returned to SAC and was hired in the Audiovisual Services department. His new duties included copy stand work, taking photographs of texts and pictures for faculty lectures, as well as taking ID pictures of students working in the library.

His took his first portrait about a year into his job. It was photo of a St. Philip’s College drama professor who was staging a spring production. From that point on, Leonard began recording life on the SAC campus. From the mid-80s until the mid-90s, Leonard was the chief photographer for the Alamo Colleges District, taking photographs at all the campuses. 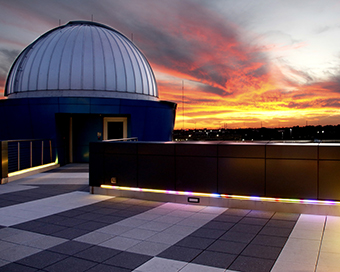 One of his favorite photography projects, however, did not involve any of his pictures. He had read about a photographer in New York who gave disposable cameras, the kind you could buy cheaply in a drug store, to children. The photographer told the kids to take pictures of their lives. In a time before digital cameras and smart phones, most kids did not have access to photography and their photos were stunning.

Leonard decided to repeat this idea at SAC. With help from his boss, he bought several cameras and took them to Travis Elementary (now Travis Early College High School). He passed out the cameras to students and gave them a quick lesson on how to take pictures.

When he picked up the cameras and processed the pictures, Leonard was taken aback by the results. The students documented what life was like in an inner-city neighborhood with photos of homes, grandmothers, brothers on skateboards, pets, and much more.

He took the pictures and hosted an exhibition of their work on campus. The students were surprised and proud to see their photos on display. It gave them a sense of accomplishment – something that was important to them was given serious attention.

It also reminded Leonard of why he went into photography in the first place.

Life After SAC
What are his plans once he leaves SAC? He wants to continue photography as a hobby and is thinking about working with local non-profit groups to document recently discovered historical sites.

But, most importantly, he looks forward to spending more time with his wife, Linda, and their family.

An exhibition of some of the photographs that Leonard has taken during his career at SAC can be seen on the Moody 4th floor library.