The Washington, D.C.-based National Dental Association announced the 48-chapter organization is now led by Dr. John Daniels, a dentist and veteran who is both a former student and an alumnus faculty member at St. Philip's College who attended elementary school a few blocks from the college's 1801 Martin Luther King Drive property in San Antonio 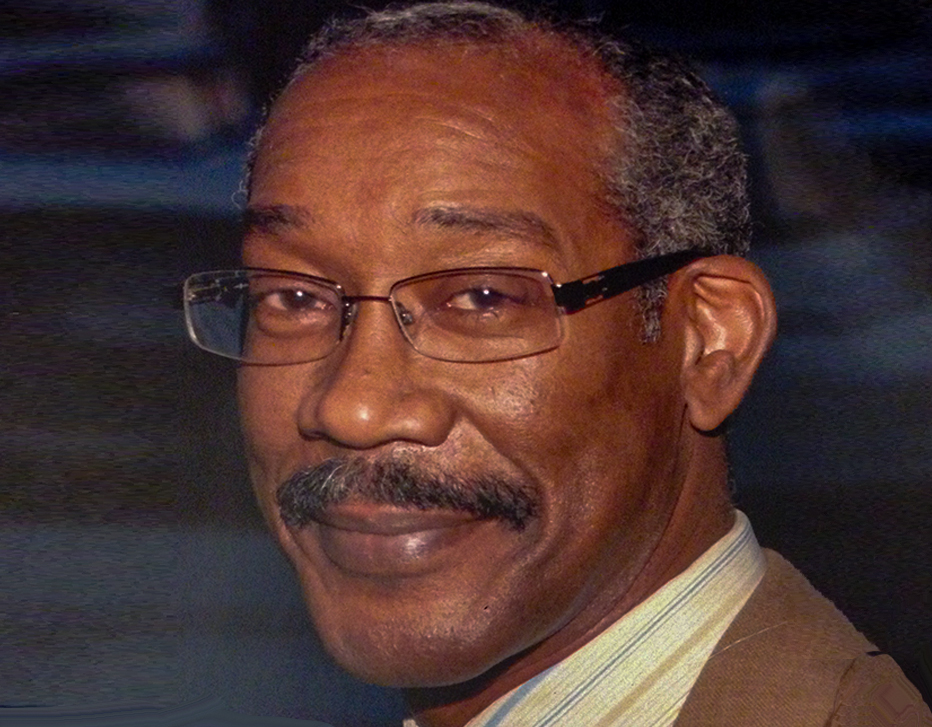 The world’s largest professional association of ethnic minority dentists has installed an outstanding alumnus of the St. Philip's College student and faculty experience as its 95th corporate leader.

The Washington, D.C.-based National Dental Association announced the 48-chapter organization will be led by Dr. John Daniels, a dentist and veteran who is both a former student and an alumnus faculty member at St. Philip's College who grew up a few blocks from the college's 1801 Martin Luther King Drive property in San Antonio. While the dental industry leader's 2019 term of service is Jan. 1--Dec. 31---and he was ceremonially appointed during an association gala Dec. 8---he took time to speak to his journey in a gracious phone conversation from the Washington, D.C. area, and recalled his St. Philip's College experiences, including teaching core anatomy and physiology courses for alumni of the 120-year-old college’s 69-year-old health professions business units from 1978-1979 and 1989-1991.

Q: What is on the horizon for your association in 2019?

A: Like any organization we face challenges. The organizations we collaborate with---there are other dental associations---the DSD [Delta Sigma Delta international dental fraternity] and Hispanic Dental Association and the Society of American Indian Dentists---we have meetings with through our Diversity Summit, so we do not advocate only for our membership and those we serve. It [engagement] allows us a chance to discuss legislation and proposed legislation and deal with managed care organizations and different organizations that are tasked with administrating Medicaid that is the primary way the majority of patients we see have access to healthcare. And it allows us to present a unified front on certain issues. Our professional interface with legislators makes us a stronger voice to go in and maintain our points of views on certain proposed legislation.

Q: Your ties to the college span from childhood to adulthood. San Antonians traveled to attend your installation as leader of the NDA last week. Can you share a bit of the story on you and St. Philip's College?

A: I grew up on the East Side of San Antonio where St. Philip's College was always recognized as an excellent learning institution. Whether through tradition or administration, they always had instructors who cared about their students. I actually started college at UT in Austin, but when I attended Our Lady of Perpetual Health Elementary School two blocks from St. Philip's College, I experienced some of the college excellence through the athletic director and coach Bill Hudgins who taught many of us kids to swim in the summers of my youth.

Q: Dean of Students Emeritus and University of Pennsylvania alumnus William A. Hudgins was a legendary alumni faculty member. What more do you recall of him?

A: Mr. Hudgins lived around the corner from me. He was 6-9, and to me, he looked like a giant. Several others in San Antonio talked to him about teaching swimming to kids, and he went into it whole-heartedly. He taught us in the [then-ethnically segregated] Olympic pool at St. Philip’s College every morning of the summer. He was attentive and an excellent instructor. I even qualified as a lifeguard at 12, so early on I knew what it was to receive an excellent education at SPC. It continued on for me in high school.

Q: You studied informally and formally at St. Philip's College, and you joined the St. Philip's College faculty fresh out of undergraduate school in San Antonio in the late 1970s. You were a junior member of a faculty team---nearly all holders of graduate and postgraduate degrees as well as industry experience----the team that provided many of the college’s alumni who eventually became senior nurses, doctors and dentists in their professions today with their first college education experiences in your classroom. This performance excellence led up to the 1990s when St. Philip’s College became the college with the fastest growing enrollment in the region at the time, correct?

A: When I returned from UT, I was working and I wanted to continue my education while I was employed full time. So I took a full class load at St. Philip's College. And after a year---in 1976-1977---I transferred and enrolled in the University of the Incarnate Word and graduated from UIW in August of 1978. The course work I did at St. Philip's College was substantial, and St. Philip's College is where I encountered the best instructor in my collegiate career---Dr. Eva Mitchell Mason---my human anatomy and physiology instructor. Two weeks after I received my bachelor’s degree at UIW, I was able to secure a full-time instructor position at St. Philip's College---teaching human anatomy and physiology. Other members of the St. Philip's College faculty and administration were highly influential. Those with a direct impact on me included Dr. Theodore R. Williams [retired Vice President for Academic Affairs], Everett Turbon, Ms. Johnetta Slaughter [Social Sciences Professor Emeritus]... and during my time teaching there, I was able to associate notably with Dr. William Davis [renowned inventor and Professor of Natural Sciences Emeritus]. He is quite a character, an extraordinarily learned man and a solid individual. It is amazing what St. Philip’s College looks like and does worldwide today.

Q: Like many outstanding St. Philip's College students and employees, you balanced work and academics for many years.

Q: During this time, you also gave back, and being from Military City U.S.A., you served your country with the armed forces. Can you describe those unique humanitarian and public service journeys?

A: I did do quite a bit of volunteer work. I returned to San Antonio and volunteered at San Antonio Christian Clinic. How I arrived at that was through becoming a medical missionary with a group that was organized by Methodist Healthcare Ministries... after missing [medical humanitarian] trips into Mexico, I became aware of Christian clinic volunteer opportunities, and my work there involved me with the Christian Medical and Dental Association and I remained involved with them for several years after leaving San Antonio, living in Dallas. I’d also make the trip to San Antonio when I moved to the D.C. area in 2007. It was not a big stretch, as this [D.C.] is where I attended dental school [Howard]. I began my practice here and I began associating with the local National Dental Association chapter here. It was the founding chapter, the Robert G. Freeman Dental Society. Just serving and being involved, I held different offices and was elected NDA Vice President and served in that fashion and was a representative to the House of Delegates with the national association. At that level, I sat on the board of trustees for several years, and was elected to my current office. My Naval Reserve Dental Corps service was from 1994-2002, primarily serving military members and based in Houston. I thought it was a good move for me. I had considered it earlier in my life, but was trying to accomplish certain goals and had put it off for a while, and I thought the time was right to include that in my life.

CAPTION: Archival images and an image of a program announcing the change of corporate leadership at the world’s largest professional association of ethnic minority dentists is a reminder that the new leader of the Washington, D.C.-based National Dental Association announced the 48-chapter organization is now led by Dr. John Daniels, a dentist and veteran who is both a former student and an alumnus faculty member at St. Philip's College who grew up a few blocks from the college's 1801 Martin Luther King Drive property in San Antonio. (Courtesy images)