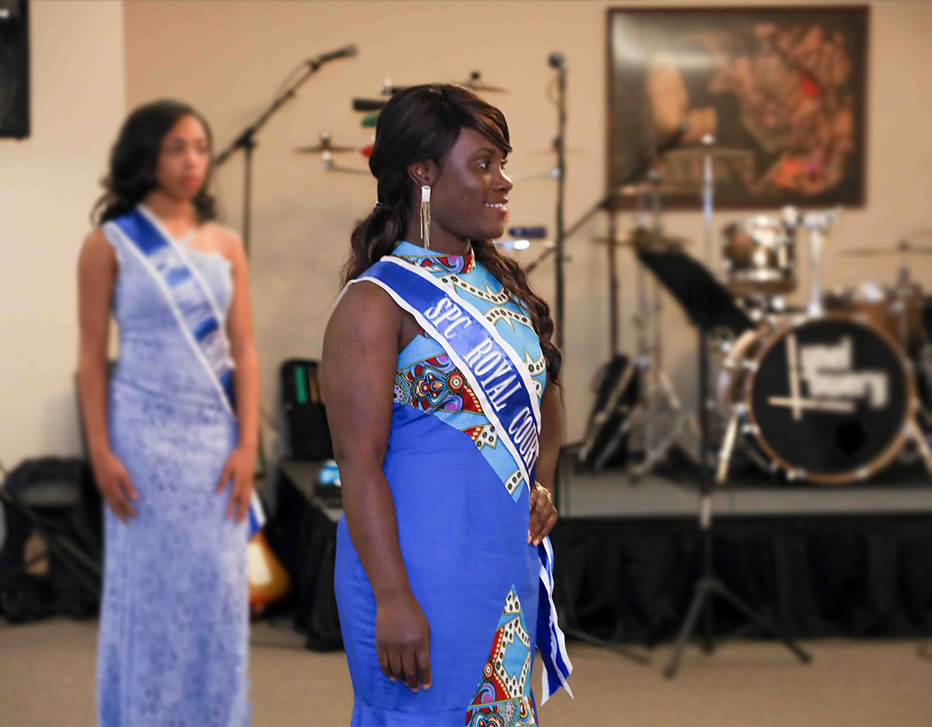 St. Philip's College announced today the names of three outstanding students as speakers for the college’s 140th Commencement ceremony on Dec. 14 at 7 p.m. in Freeman Coliseum at 3201 E. Houston.

The first scholar, licensed vocational nursing program student Dorathy Tarpeh has been announced as the student speaker for the event. Tarpeh is one of 65 students who are days away from becoming alumni of one of Texas’ oldest college-level licensed vocational nursing programs---and joining more than 7,000 alumni of this 69-year-old program. Tarpeh is one of only three 2018 St. Philip’s College Dr. Adena Williams Loston Presidential Scholars. Through giving back and achieving academically, Tarpeh has contributed to helping St. Philip’s College achieve record enrollment numbers and outstanding community engagement while bringing a Governor’s Award for Performance Excellence to San Antonio in 2018, and its share of the Malcolm Baldrige National Quality Award. As a scholar, Tarpeh carves out time to personally give back by serving meals at San Antonio Food Bank, and in addition to assisting in sorting and packaging food items for distribution, she assists by maintaining the garden area where fresh vegetables are grown for clients in need.

“I am so excited and nervous about the speaking, but I’m not offering any spoilers on what I will say,” Tarpeh said with a smile today.

The second scholar, sociology student Alicia Perry has been announced as the invocation speaker for the ceremony in her capacity as the college’s first HBCU Competitiveness Scholar, completing a season of giving back as one of the few community college-level students in a history-making competitiveness cohort helping officials in the White House and at the Department of Education field a team of students to improve long-term national outcomes of critical importance---to include both community colleges and San Antonio. Choosing to promote education at the middle school level, Perry is also one of several graduating Ruth Jones McClendon Scholars at the 120-year-old college, nearly one year after the passing of the late Texas stateswoman.

An outstanding student veteran has been announced as the benediction speaker. Sociology student Angelia Jacobs has provided exemplary corporate leadership and corporate team building services in her capacity as the college's Student Government President and as an Alamo Colleges District Alternate Student Trustee.

Tarpeh, Jacobs and Perry are among the 468 students who have applied to graduate and receive 675 degrees and/or certificates from St. Philip's College on Dec. 14. On the stage before degrees and certificates are presented to students in the event hosted by St. Philip’s College President Dr. Adena Williams Loston, they join two additional key local leaders who have each been on amazing, often intersecting journeys in one of the fastest-growing cities in the nation in 2018:

To join the conversation on the upcoming graduation ceremony and the remarkable progress of both students and their college of choice, visit the social media links at the college’s web page www.alamo.edu/spc. For details on the Dec. 14 ceremony, visit the college graduation page at http://alamo.edu/spc/graduation/, email the college record and registration team at spc-gradadv@alamo.edu or contact Tracy Shelton, the college’s associate director of records and registration, at 210-486-2292, tshelton@alamo.edu.

CAPTION: An archival image of graduating St. Philip’s College licensed vocational nursing program scholar Dorathy Tarpeh during the election of students who annually represent the corporate brand of the college is a reminder that Tarpeh is the student speaker the 120-year-old college’s 140th Commencement ceremony Dec. 14 at 7 p.m. in Freeman Coliseum at 3201 E. Houston St., featuring 468 students who have applied to graduate and receive 675 degrees and/or certificates. (SPC Image by Julysa Sosa)