An Event to Be Remembered 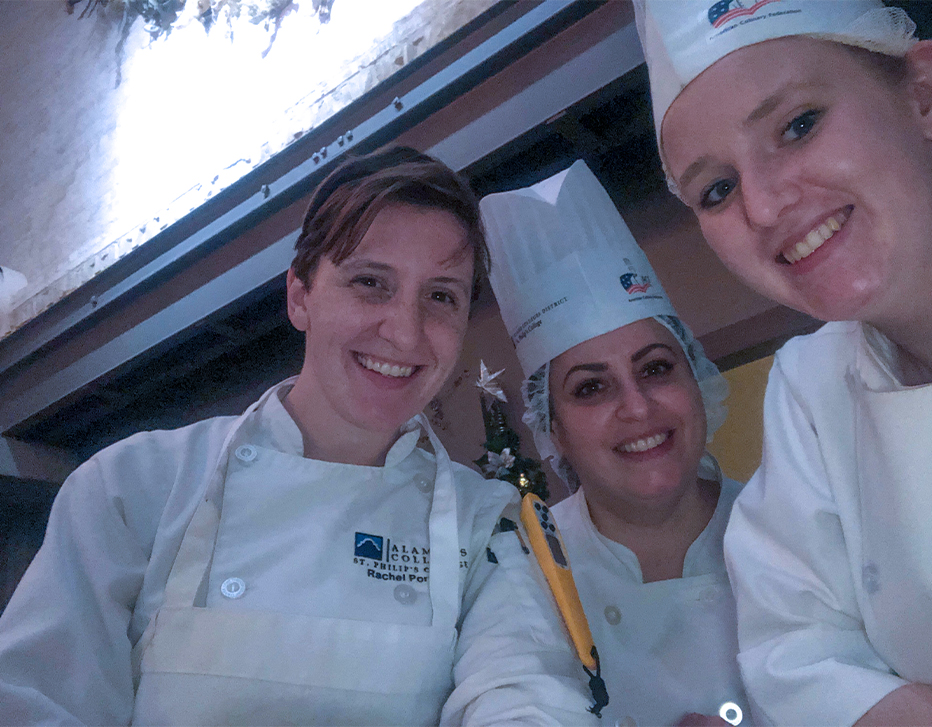 Anthony, Portzline and Weiss not only began the semester by promoting American culinary culture and their college in the gastronomy capital of France duringGastronomy Week as part of the college’s international exchange program in Paris, they were half of the team in France when they began the Fall Semester in September of 2018.

Culminating the same semester in a once-in-a career project, the trio is among the many outstanding students who are graduating this week during the college’s commencement ceremony Dec. 14 at 7 p.m. in Freeman Coliseum at 3201 E. Houston St.

True to form in their high-energy industry, opportunity came with what non-members of the industry might describe as lightning-fast. Details on the dream job of the 2018 came in from organizers on Nov. 29. The trio was to arrive at La Trattoria at 5 p.m. to be assigned to support chefs during the dinner, and they would complete the service at 10 p.m. that evening. All three were enrolled in the Advanced Management class of Chef Patrick Costello that was also the team for the college’s President’s Culinary Gala Dinner on Dec. 1.

“Rachel, Deborah and Rebecca were active in their last, graduating semester,” Costello said. “I was not requested by the organizers at the city to physically accompany them to the site, so we set up a group text and they were fine reporting back on their own,” said Costello.

Cocktails were served at 6 p.m. followed by dinner at 7:30 pm. for this paid event in that was in almost instant waitlist status when tickets sales went online.

The day of the San Antonio event, Jason Dady was the primary expert working with Anthony, Portzline and Weiss and giving them the dream assignments. Each knew the experience might see them helping local chefs with the cocktail hour in addition to helping the visiting chefs with the dinner, a fluid situation that would probably develop throughout the project.

“We do hope that this will become an annual event, so all of you who are here tonight are experiencing a great exchange of the culinary heritage between the cities of New Orleans and San Antonio in what we hope will be an expanded event for both cities,” Nirenberg reportedly told the audience.