ST. PHILIP'S COLLEGE, VIA ANNOUNCE UPDATES TO THEIR CELEBRATION OF THE BIRTHDAY OF ICON ROSA PARKS 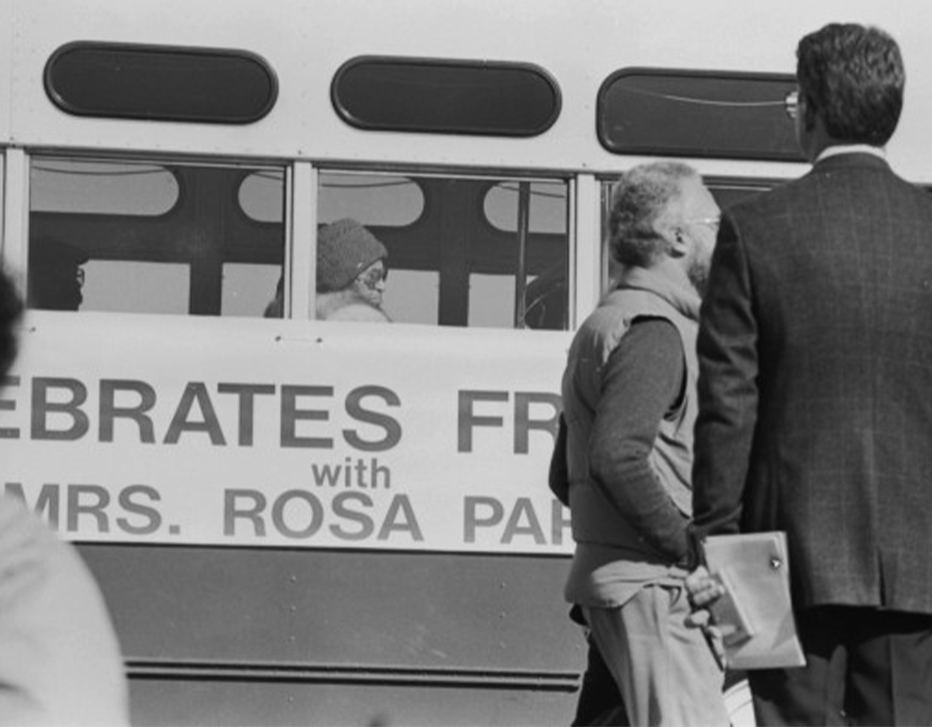 VIA Metropolitan Transit and an original Freedom Rider help San Antonians celebrate the 106th birthday of beloved civil rights activist Rosa Parks (1913-2005) with a history-steeped experience featuring a 40-foot-long vintage bus from the global Civil Rights Movement era that consists of free guided tours with free parking Feb. 4-6 from 10 a.m.-3 p.m. next to the Turbon Student Center at St. Philip's College at 1801 Martin Luther King Drive. The tours will be conducted by subject matter experts from VIA, the transit provider announced today.

All are welcome to attend VIA’s opening ceremony at the project site Feb. 4 (Rosa Parks’ birthday) at 1 p.m. next to the center with a free reception inside the center. In addition to a vintage 1966 GM Dreamliner VIA bus that carried a group of Freedom Riders as ceremonial passengers in the city’s 2019 MLK March, Freedom Rider Barbara Bowie will speak about her experience, and reflecting Parks’ passion for education, VIA will also announce a contribution to the Dr. Bowie Scholarship Foundation, in memory of Ms. Bowie’s late spouse Dr. J.R. Bowie, III, and VIA has announced today that a rendition of Amazing Grace will be led during the ceremony by two students at the college.

With all event times, dates and appearances subject to changes, all are welcome to attend the following 2019 observance events, and visit the observance web page for updates:

All events are open to the public, and parking is free for all events. For information, contact observance team lead Dr. Sharon Crockett-Ray at 210-486-2887. (Archival images of 1987 MLK March courtesy UTSA libraries)

About Rosa Parks: Rosa Louise Parks (1913-2005) is globally recognized as the “mother of the modern day civil rights movement” in America. The recipient of nearly 45 honorary doctorate degrees and the author of four books is also the 1996 recipient of the federal government’s Medal of Freedom that is the highest award bestowed to such civilian citizens as Caesar Chavez and she was voted by Time Magazine as one of the 100 most Influential people of the 20th century. Her lifetime was one of giving back as a career congressional staffer and speaker who promoted the energy of young people as a force for change. Her decision to surrender her seat to an Anglo-American male passenger on a Montgomery, Ala., bus on Dec. 1 of 1955 triggered protest within 96 hours and changed the Americas---particularly the U.S.---in its view of people of color and redirected the course of history for many. The dignified Tuskegee, Ala., native worked in the NAACP’s youth programs and was active in the Episcopal Church. After her arrest, people of Montgomery organized and promoted a 381-day boycott of the city bus line. Dr. Martin Luther King, Jr., himself was appointed the spokesperson for the Bus Boycott and taught nonviolence to all participants. Sit-ins, eat-ins, swim-ins, and similar causes went viral in the U.S. to demand what should have been a given: equal rights for all people in both the public and private sectors.