The Five Star Experience at SPC 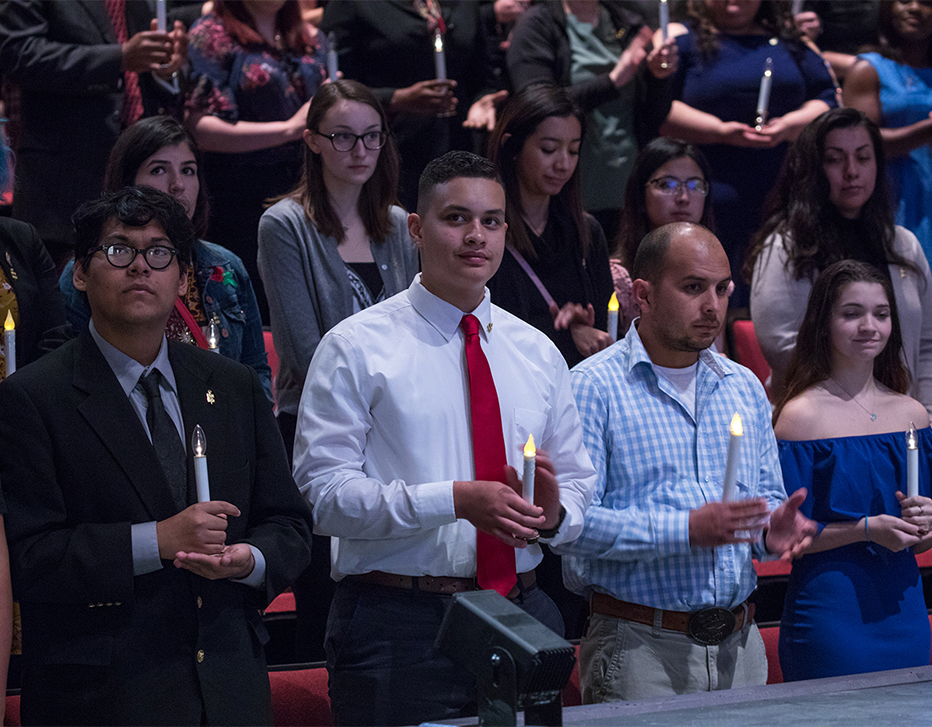 A top-rated Five-Star chapter of both the world’s largest educational honor society and the official honor society of two-year colleges at a medium-sized multicampus college in San Antonio has surpassed a milestone of 2,500 alumni.

At St. Philip’s College, the ceremony traditionally represents more than the induction of students into a premiere honor society with many scholarship and professional development resources. On their journey to completing their studies and joining 2,500 chapter alumni by transferring to four-year colleges or entering the workforce with excellent skills in one of the nation’s fastest growing cities, these are the students exemplifying the community and student engagement core competencies of the college as talented hands-on teams. The two annual ceremonial days of induction that arrive a week or two before the college winter and summer breaks are the two featuring the largest numbers of society members in one place on their campus for one reason---identifying members of the outstanding student corps at St. Philip’s College.

Post-ceremony in late November, guests met with students who earned their way to honors with a class rank in the top 20 percent at St. Philip’s College through online or on-campus study. The late 2018 event was more than the internally recognized sixth anniversary celebration of the date when students and employees made college history in 2012 by leading their chapter from top-100-of-500-in-Texas status to top-three-of-500-in-Texas status. Continuity of position and performance excellence in 2018 was also recognized when the society announced the college’s 5-Star Chapter status that member excellence at St. Philip’s College has ensured for eight consecutive years (2010-2018). And the college chapter team also earned a 2018 award from the society for the Digital Yearbook project chronicling both their excellent deeds and professional development.

The chapter has come a long way since 2007 when it had excellent students, no stars and need for stronger leadership. Through community and student engagement, newly inducted chapter members were among the student body members who helped the college and the incumbent award-winning chapter members earn both its reaffirmation of accreditation, its elite 2018 Governor's Award for Performance Excellence and its fair share of the elite Malcolm Baldrige National Quality Award while embarking on $100 million in new construction and transformational capital improvements. In 2017, excellence in moral wisdom earned the chapter the society's 2017 Honors in Action - Individualism vs. Collectivism College Project Award for communicating the college's Quality Enhancement Plan---Ethical-Decision Making through a bevy of student focus groups. The 2017 topic was chosen as part of the college's Ethical Decision Making special projects initiative, and was of inspiration to the 120 recently inducted members.

In addition to reaching out to 2,500 chapter alumni, the chapter’s strategic plan that debuted in 2017 outlines member priorities through 2022 with the following five commitments:

The newly inducted students now join current society members and employee sponsors who have been on amazing journeys. Here are a few of them: