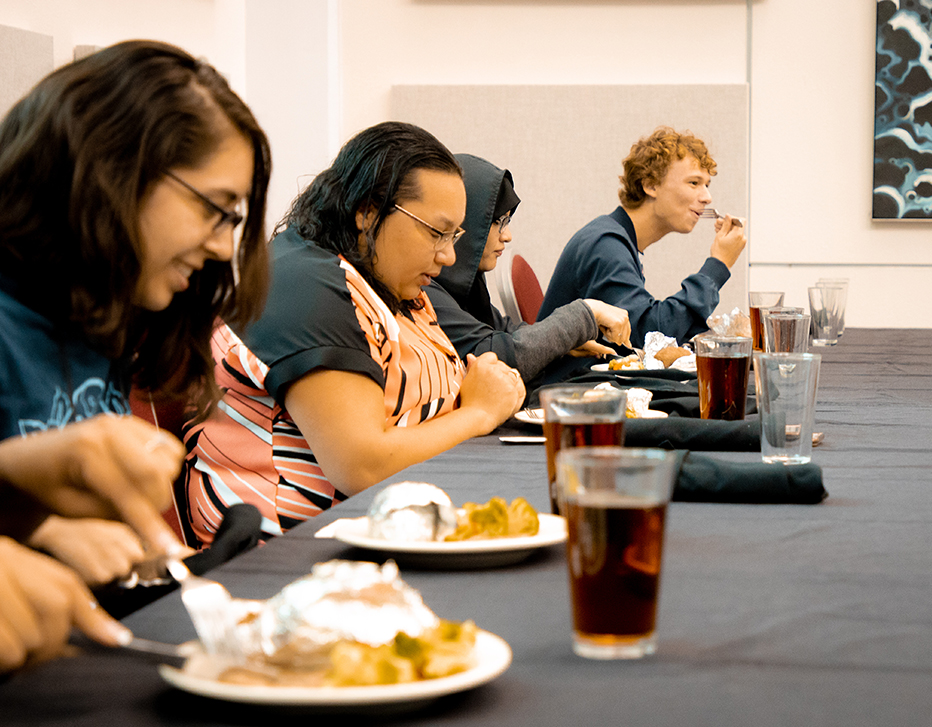 “The event allows us to put poverty around the world in perspective; we have to think globally and reflect on what we can do to help each other,” said Liz Castillo, St. Philip’s College Director of Student Success.

Guests randomly drew tickets that assigned them to different income levels and were given food based on their status. Some received a nutritious dinner, while others ate a smaller portioned meal.

“The different meals are extremely helpful in allowing us to understand what our community members are experiencing and what we can do to help the impoverished,” said Biology & Pre-Nursing student, Galilee Castillo.

Results from the Fall 2019 Real College Survey, stated that 47% of students at St. Philip’s College were food Insecure. While 33% of food insecure students on campus utilized SNAP benefits. The event comes shortly after the official opening of the Safe SPaCe Food Pantry on campus and the announced partnership with the San Antonio Food Bank. Since opening in January, the food pantry has provided 3,611 pantry services to 675 students on both the MLK and SW campuses.

Additionally, Student Success presented the total amount of donations they collected during the 2019 Hunger Banquet Food Drive which took place from September 30th - November 5th. Part of the donations will be going to the San Antonio Food Bank, while the other donations will be distributed to students in need through the on-campus food pantry. This year, over 1,500 pounds of food were raised in the 1-week long drive.

The event leads up to Hunger and Homeless Awareness Week that takes place from November 16-24. Student Success hopes to draw attention to the problems of hunger and homelessness in our community.