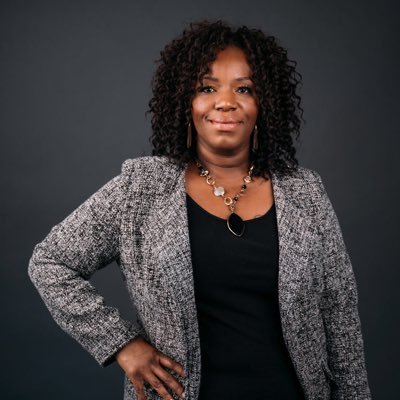 Rachell Hathaway graduated from St. Philip’s College with an Associate in Arts Degree in Liberal Arts in 2013. Attending St. Philip’s College was a natural decision for Rachell as she was familiar with the college. Her father, Armond J. Hathaway Jr., was a science teacher at St. Philip’s from 1973 through 1978. Her grandfather, Armond J. Hathaway Sr., was also employed at St. Philip’s and taught business and accounting courses for several years until the time of his passing in 1976. In 2009, Rachell's father was given the Legacy Award in honor of his and her grandfather’s service to the college.

After graduating from St. Philip’s, Rachell attended the University of the Incarnate Word and obtained a Bachelor of Business Administration in Finance. Rachell joined Bank of America in 2002 as a customer service representative for Military Banking. She has been promoted to various roles within the Bank including Sr. Personal Banker, Market Specialist, and Project Manager. In 2017, Rachell was appointed to be the Community Relations Manager for multiple markets and later promoted to Vice President. Rachell currently serves as the Bank of America Vice President, Community Relations Manager Local Market Organizations in San Antonio. As a manager, Rachell is responsible for grant administration, local deployment of national initiatives, and the fiscal management of sponsorship activities. Additionally, she works on building community relationships and collaborations in the market.

Rachell has been an active volunteer within the community for years and previously served as a board member for the San Antonio African American Community Archive Museum (SAAACAM) to promote its mission to collect, preserve and share the cultural heritage of African Americans in the San Antonio region. She serves on the local advisory committee for LISC (Local Initiative Support Corporation) where she exercises her passion to increase affordable housing. Rachell has held leadership roles with Bank of America Community Volunteers, led the Central South Texas Disability Affinity Group for two years, and was previously recognized by City Year San Antonio as a Hidden Hero. She is a San Antonio native and mother to three college graduates who frequently volunteer with her in the community.

Rachell has followed the legacy of her father and grandfather in promoting the importance of education by giving back to her alma mater. She has been behind donations received by the college that fund student scholarships.

To learn more about this month's BHM observance, click here.