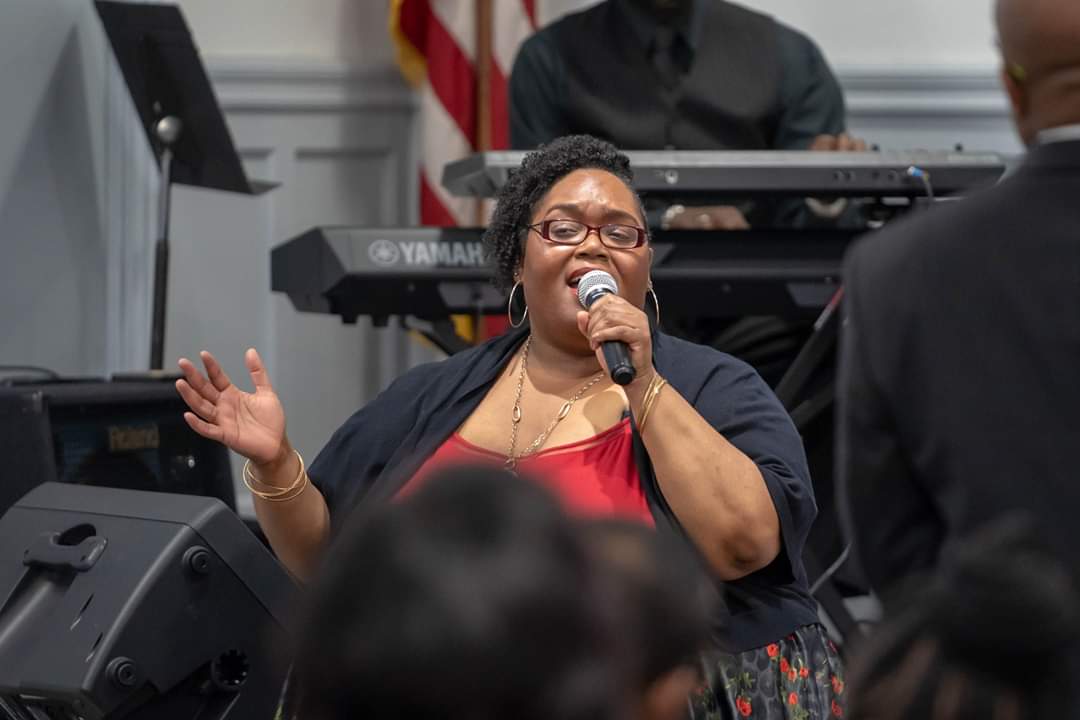 To commemorate the 90th anniversary of the adoption of “The Star-Spangled Banner” as the U.S. national anthem, the U.S. Navy Band joined forces with 105 Voices of History, the only national choir for students from Historically Black Colleges and Universities (HBCUs), for a virtual recording of the national anthem.

The recording featured 128 voices from HBCUs all across the nation with members of the U.S. Navy Band. St. Philip’s College was represented by music major Yvette Hardin in the nationwide virtual performance. The performance premiered on 105 Voices of History TV on YouTube. The project is part of the ongoing Navy Band tradition of conducting masterclasses, mock auditions and performing as musical guests with HBCUs.

“It was an honor to take part in this historic event. Joining students from different HBCUs felt special, I gained a new family,” said Yvette.

Hardin is no stranger to a grand stage, in 2019 she performed during the St. Philip’s College Fall commencement ceremony. Most recently, she participated as a cast member of "Bad Mama Jama Remix: Let the Record”. The sold-out show took place at Little Carver Theatre in March.

Yvette previously worked at the Martinez St. Women's Center as a Community Health Educator for three years. She holds a Bachelor’s of Science in Psychology and a Master’s of Science in Agriculture and Human Science with a concentration in Family and Marriage Therapy both from Prairie View A&M University. She hopes to blend both educational pathways to practice music therapy.