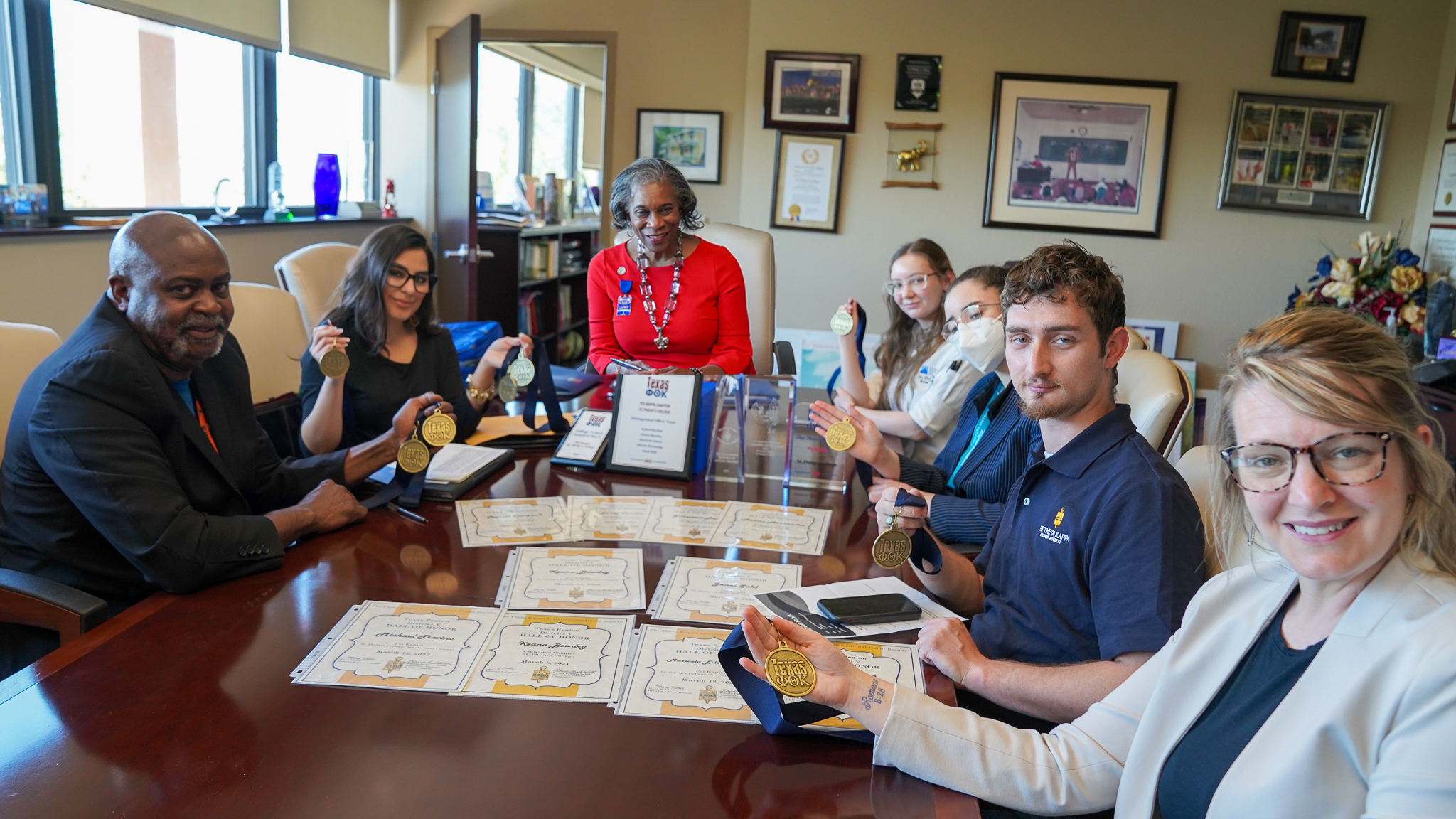 The Distinguished Officer Team award recognizes PTK officers for their exceptional atmosphere of teamwork, leadership abilities, promotion of Honors in Action, and engagement in the Society and the Texas Region. The officers recognized include Robert Bartlett, Keana Bowdry, Mari Eslora, Martin Hernandez, and Janel Sohl.

Associate Professor of Speech Communication and PTK Advisor, Tyrell Williams, received two awards. Both awards recognize Williams for significant contributions to the growth of individual members, his service as the chapter's advocate on campus, and his leadership in encouraging the chapter to be involved on the local, regional, and/or international levels of the organization.