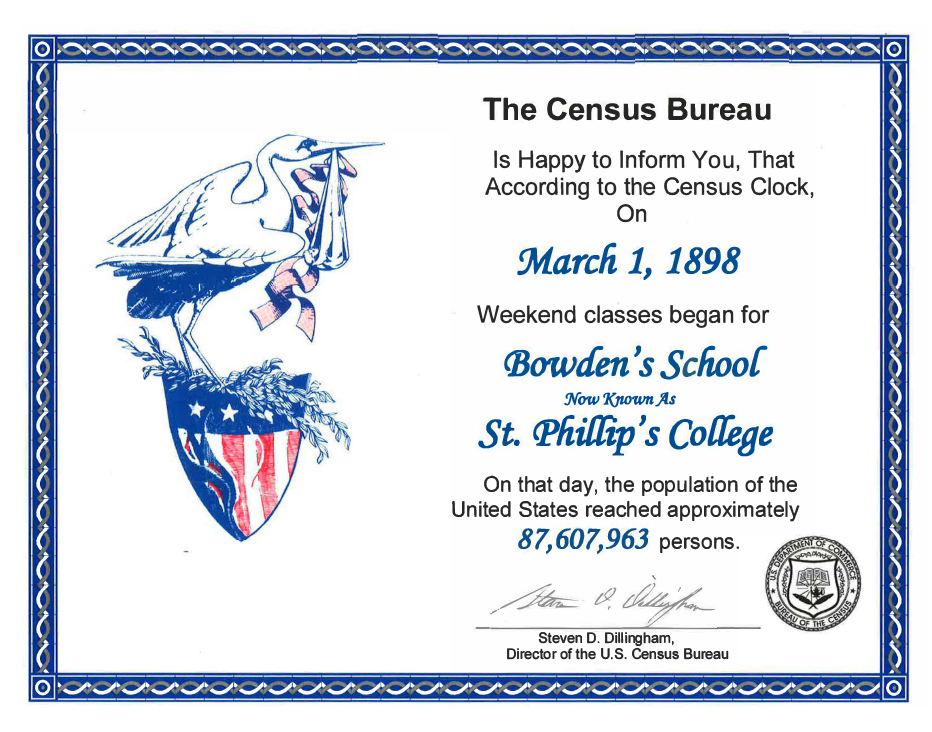 St. Philip’s College recently received recognition by the U.S. Census Bureau for being a partner of the 2020 Census. Due to the pandemic, census work was challenging and required more coordination with tribal, state, and local governments. As a result, the U.S. Census Bureau Complete Count Committees (CCC) program was critical in creating awareness in communities all across the country. CCCs provided a vehicle for coordinating and nurturing cooperative efforts.

In 2019,  Dr. Adena Williams Loston was appointed by San Antonio Mayor, Ron Nirenberg, to serve as a member of the Complete Count Census Higher Education Task Force. Together with local colleges and universities, Dr. Loston promoted and encouraged response to the 2020 Census in the community and led College initiatives that encouraged its students to participate. The recognition touts St. Philip’s College for being a cross-collaborator and helping achieve a successful 2020 Census.

As mandated by the U.S. Constitution, Article I, Section 2, every 10 years the U.S. census is to count every resident in the United States. The data collected by the census determines the number of seats each state has in the U.S. House of Representatives (a process called apportionment) and is also used to distribute billions in federal funds to local communities. The Texas share of votes in the U.S. House of Representatives increased to 38 following the 2020 Census.