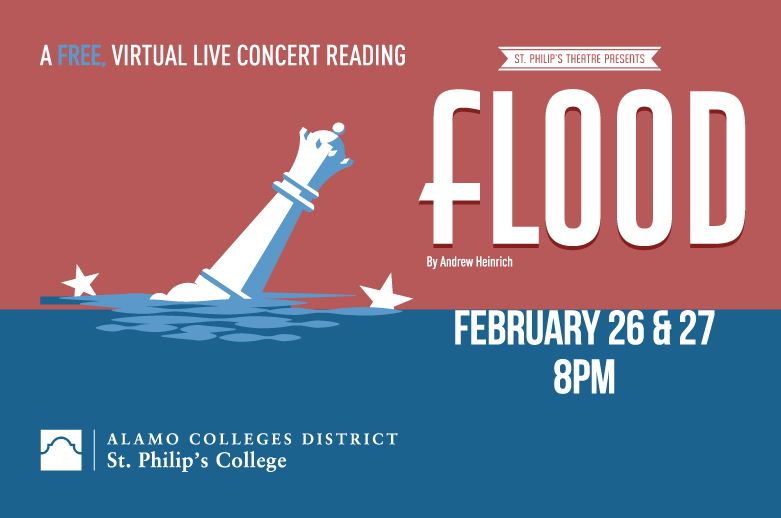 Flood, by Andrew Heinrich, tells the story of two men - Anders and Jacob, living in a drowning world perhaps not so distant from our own. Jacob is Anders' mentor, and Anders has just returned home from six weeks at "scout" camp. The two come together to play chess, as they have done for many years, but before long Jacob realizes that Anders has been profoundly changed by his time away. Jacob resolves to try and bring his young friend back from the edge. Flood is a play about the consequences of a post-truth world, and asks the audience to confront what it means to reject reality in favor of power, and the great cost that lies might force us all to pay.

Flood was written in 2016 and produced at Texas State University in 2017. The play was selected for development at the Kennedy Center for the Performing Arts at the 2017 NNPN/KCACTF MFA Playwrights Workshop. Flood was subsequently read at The Road Theatre's 2017 New Play Festival in Los Angeles, CA.