The Digital Video & Cinema Production program prepares students for careers in the growing film & video industry.  Graduates from the program go on to have jobs in the video industry such as:  production manager, producer/director, video editor, sound editor, compositor, camera operator, cinematographer, and screenwriter.  Students in the program use the same state-of-the-art equipment and software currently in use in the industry.  The training and class assignments have students shooting, editing, and producing their video and cinema projects within their first semester.

Do you have to be a computer whiz?

No, you just have to know how to use a "mouse" and have a passion for film/video. Yes, that's it!

What kind of equipment is used in the program?

We have some of the best video and true digital cinema equipment available including a Sony F3 (w/S-Log) and a RED EPIC, just to name a few.

The Associate of Applied Science degree in Digital Video & Cinema Production is to provide collegiate lower division learning with specific hands-on skills required for entry level jobs in various areas of video/film production or transfer to a university to pursue a Baccalaureate of Applied Sciences (BAAS) degree.”

The following titles are examples of careers associated with this program but not limited to: 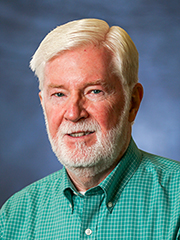 Communication principles and this college’s cooperative learning objectives drive Tom’s teaching philosophy. He creates lesson plans in modules, with lectures, discussions and video presentations front loaded in the first third of each module and practical exercises using video production equipment for the remaining two-thirds of each class. He teaches with a hands-on approach, a technique experienced while in the military as well as in various vendor technical training courses.

The composition of students in digital video and cinema production courses ranges from recent high school graduates to adults returning to school for a variety of reasons. Tom’s teaching philosophy allows for a balanced focus on the adults in the classroom and with the needs of the more traditional student just entering college after high school. He believes that what makes him uniquely qualified to strike this balance is his history as a nontraditional student, navigating the complexities of returning to college well into his adult years and transitioning from military to civilian life.

His philosophy of teaching also envisions successful teacher-student dialogue. It is his role as a teacher to facilitate that communication. Through classroom discussions he has learned just how well versed and media savvy students are, and it is no longer surprising that he learns something new from each new class. He values each student’s opinion and individual uniqueness. His sincere hope is they find something rewarding as he practices and develops his teaching philosophy.

Tom Taylor is the program coordinator and a faculty instructor in Northwest Vista College’s Digital Video and Cinema Production program. Tom started at NVC in 2005 as an adjunct instructor while working at the Air Force News Agency at the former Kelly AFB in San Antonio. He’s an Air Force veteran who spent 14 of his 21-year active-duty career working for Armed Forces Radio and Television in Korea, Japan, Italy and Turkey. He continued his service with the Air Force as a DoD civilian for the Army and Air Force Hometown News Service. He has traveled to more than 20 countries around the world producing video news releases and holiday greetings for members of all military services. Tom earned his BAAS and Master in Education degrees at Texas State University.