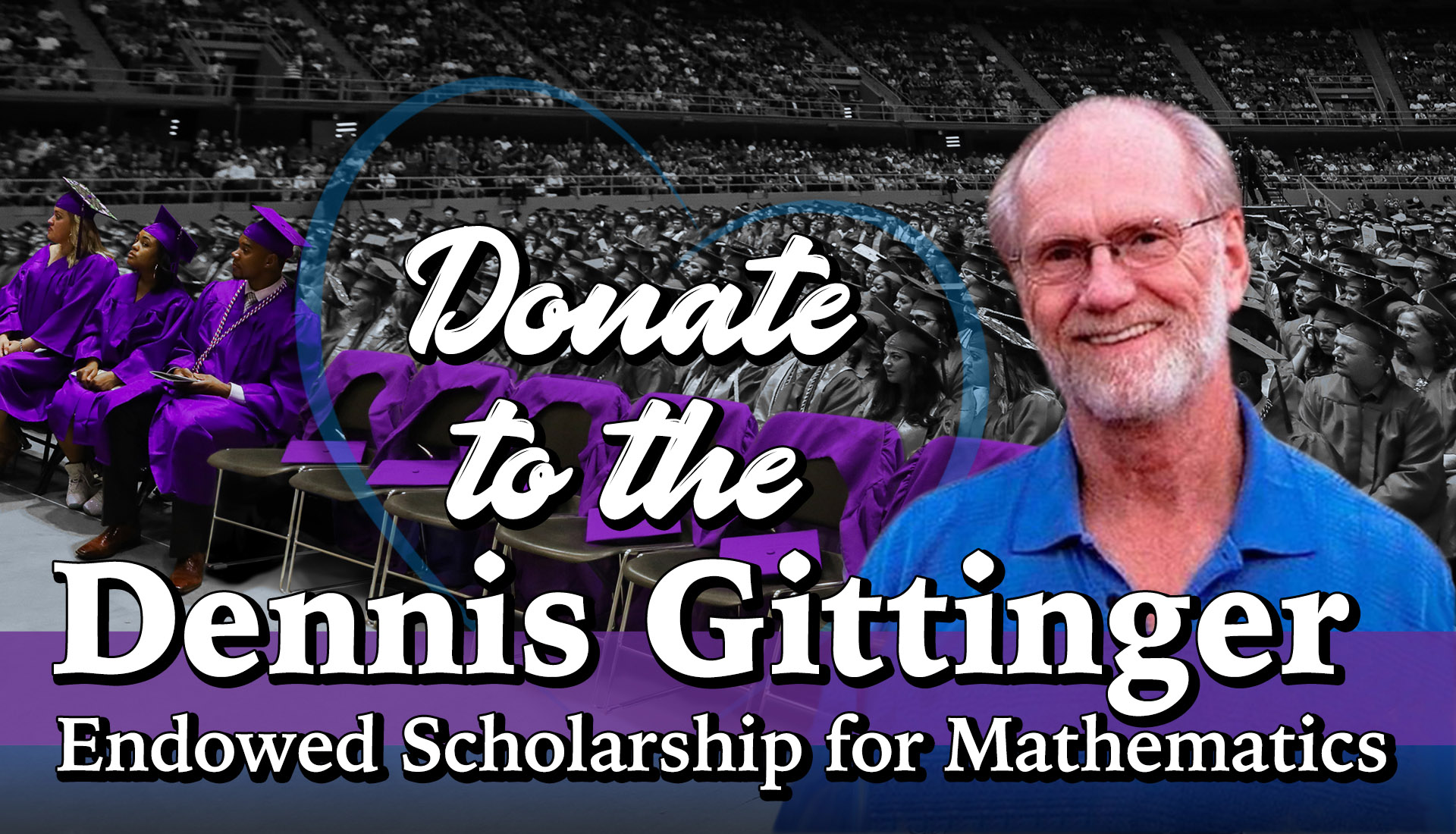 This scholarship is for students with potential to excel in math and was created by our amazing instructor Dennis Gittinger, who continues to serve students every day at Northwest Vista College.

From a La reVista Article:

Dennis started his career at a local middle school but soon found his way to the Alamo Colleges and eventually landed at Northwest Vista College.

Despite having some fancy titles with NVC along the way, Dennis has always considered himself a math teacher at heart.

He had been with the St. Philip’s Math Department for 25-and-a-half years when he was invited by the chancellor at that time to be an academic cluster leader at NVC. At first he declined the offer because he liked teaching at St. Philip’s and was having fun, but he soon realized the opportunity in helping a college get started.

Dennis said a lot has changed in the 40+ years he’s been teaching.

He added it’s also much different now in his 15 years at NVC. He’s also among just a handful of faculty members on campus who are still here after being hired in the mid-to-late 1990s.

“What I miss is seeing the ‘old timers’ and knowing everyone by name. It’s good we (NVC) are growing and maintaining our values because that’s hard to do.”

“I like my job and have learned to like it more now than when I first started. I have more optimism about society and feel like it’s my job to teach the next generation and hopefully teach them what took a lifetime for me to learn.”

After being lured to NVC and serving as academic leaders in different departments, such as math, sciences, arts/humanities, Dennis returned to his first love of teaching in 2001. From his varied positions, he’s learned that when things go wrong, it’s not because of the budget, it’s from human interaction.

“The challenge is to make sure human interaction is as good as it can be and when a relationship is damaged, there needs to be a healing process. I like the old saying, people don’t remember what you said but they remember how you made them feel. What we need at NVC to become great is to make everyone feel that the workplace is so wonderful that they will want to give discretionary effort, which is everything they do beyond what is required.”

Dennis also tries to impart a little wisdom to his students while teaching a subject—math—that that many of us would shy away from. He actually invites his students to say they hate math.

“Most people don’t see how math as a consumer can help you make better choices in life. For instance, when it comes to a mortgage, learning about amortization and how to pay down a loan faster will help you in the long run. All of this is applied math and it can enrich your life.”

Dennis says the best thing about his job is helping to turn on the light in a student’s head when he or she finally gets it.

The most rewarding part of teaching students, Dennis adds, is making positive differences in their lives and giving them the skills to help them improve their math knowledge.

When Dennis isn’t teaching, you might find him at the Huisache Hall Fitness Center, writing a poem, or spending time with his family.

“I now come to the point in my life where my hobby is my life because it’s so wonderful. My family is my hobby.”