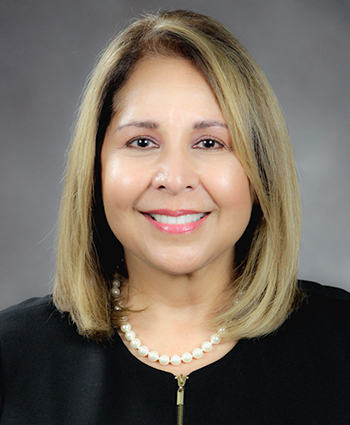 While serving in this interim position, she will remain in her current leadership role as Vice President for College Services.

She was appointed Vice President for College Services in 2016.  She oversees such key functions and services as College Services, Risk Management, Campus Logistics, the College Budget Office, the Office of Technology Services, the Scobee Education Center, the William R. Sinkin Eco Centro, Integrated Planning and Performance Excellence, and the Office of Marketing and Strategic Communications.