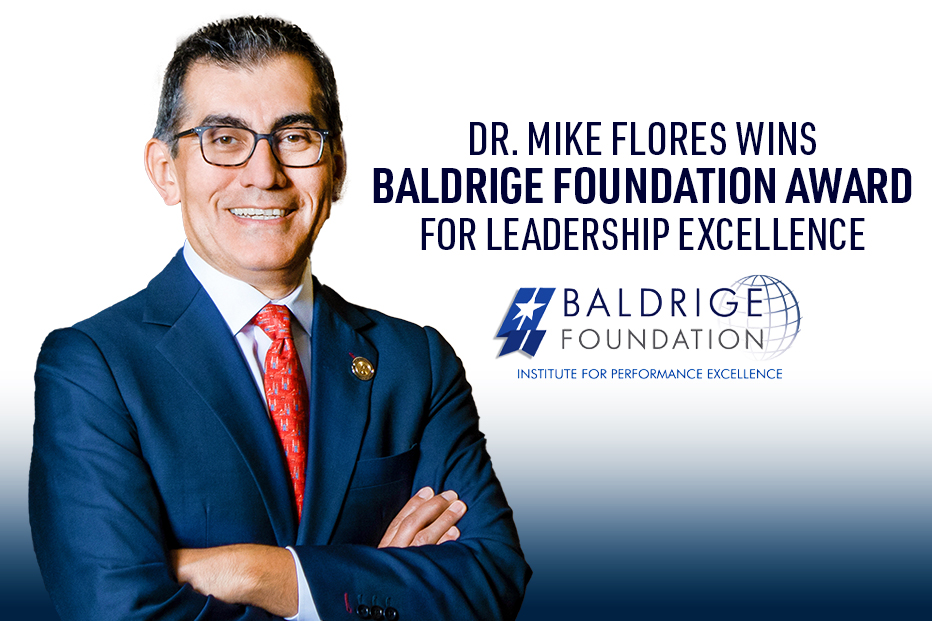 Dr. Mike Flores, Alamo Colleges District Chancellor, has been named a 2023 recipient of the Baldrige Foundation Award for Leadership Excellence in the education sector.

The Baldrige Foundation’s Leadership Awards recognize outstanding individuals, leaders, and supporters who embody Baldrige leadership and management values and principles and who have provided outstanding service to the Baldrige community and beyond.

“Baldrige helps thousands of organizations across the country and around the world, in all sectors of the economy, pursue performance excellence which, in turn, makes a positive difference in people’s lives,” said Al Faber, President and CEO of the Foundation for the Malcolm Baldrige National Quality Award. “The Foundation Awards for Leadership Excellence were established to recognize leaders, who provide exceptional support to Baldrige and the Foundation’s mission, helping to sustain Baldrige into the future, and promoting the positive impact of Baldrige on organizational and community success.”

The Foundation’s Leadership Awards will be presented during the Foundation Awards Luncheon held as part of the annual Quest for Excellence® conference near Washington, D.C. on April 4, 2023.

To see a full list of Baldrige Foundation Leadership Awards recipients and to read more about the announcement, click here. Learn more about the Alamo Colleges District Baldrige Journey at alamo.edu/baldrige.