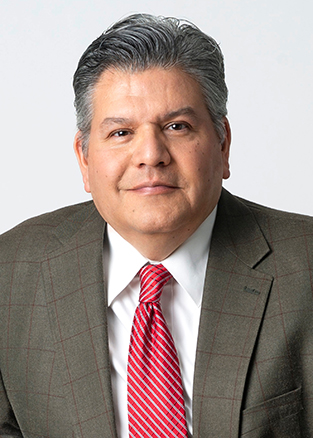 Dr. Solis has been a member of SAC for more than 22 years, starting as a professor in the mortuary science program in 1999 and serving as its coordinator.

Most recently, he served as Dean for Performance Excellence in the Division of College Services, a position he has held since 2016.  He also served as Director of Learning Assessment and Review in the department of Integrated Planning and Performance Excellence where he worked closely with college leadership to design, implement, and carry out the strategic plan for the college.

Dr. Solis contributed to the writing and planning of SAC’s accreditation report to the Southern Association of Colleges and Schools Commission on Colleges. He has participated in many award-winning applications resulting in such major recognitions for SAC as the Aspen Prize for Community College Excellence and the Malcolm Baldrige National Quality Award.

Dr. Solis is a graduate of the University of Texas at Austin School of Law, St. Edward’s University, San Antonio College and Central Catholic High School.