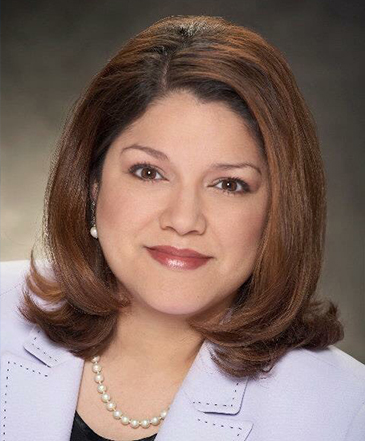 Dr. Lorena “Lorraine” Pulido is the communications manager for VIA Metropolitan Transit. She was formerly the public relations manager for the City of San Antonio’s Department of Communications and Public Affairs, and MetroHealth. She is a bilingual public relations expert with more than 25 years of combined experience in the marketing, corporate, and non-profit industries. She has also been teaching communications, journalism, and marketing as a part-time faculty member at local universities for more than 20 years, including the University of Texas at San Antonio (UTSA), Our Lady of the Lake University, Palo Alto College, and currently, Texas A&M University – San Antonio.

Dr. Pulido has served as director of marketing and public relations for the Guadalupe Cultural Arts Center. She also owned her own PR consulting business, LPR Strategic Marketing and Public Relations. Before opening her business, she was the director of marketing for CityView – a national company led by former Secretary of the U.S. Housing and Urban Development and San Antonio Mayor Henry G. Cisneros. Previous to CityView, she was director of communications for the Edgewood Independent School District where she served as the spokesperson. Before joining EISD, she worked on public relations and marketing account services at several ad agencies. She also worked as director of public affairs at the Hispanic Association of Colleges and Universities (HACU), and in corporate communications at the University Health System. Her media experience includes serving as a producer for San Antonio’s KSAT-TV and KVDA-TV, and as a reporter for La Prensa.

She is vice chair of the Brooks Authority Board of Trustees; vice chair of the Brooks Foundation (Brooks Gives Back); secretary for the Public Relations Society of America – San Antonio (PRSA-SA) chapter; and a member of the Significant U advisory committee. She previously served on the boards of SAY Sí Youth Arts, SA Women’s Chamber of Commerce, the SA Hispanic Chamber’s Latina Leadership Institute Steering Committee, and the South SA Chamber - Southside First Economic Development Council. She is a graduate of Leadership San Antonio - Class of 2005, and the South Chamber’s City South Leadership Academy - Class of 2017.