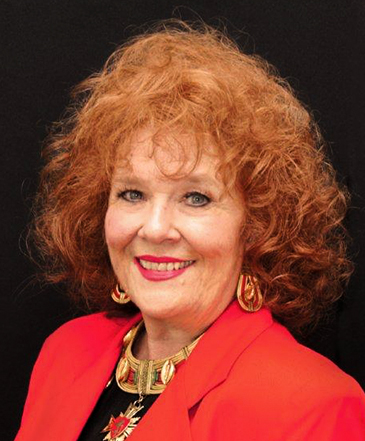 Dr. Yvonne Katz spent 39 years in public education: classroom teacher in regular/special education; middle school principal; Director of Accreditation and Associate Commissioner at the Texas Education Agency; superintendent for almost 20 years in the Harlandale ISD, Beaverton School District (Oregon), and Spring Branch ISD (Houston). Earning her bachelor's degree from UT Austin, she graduated from UTSA and received her doctorate from Texas A & M (College Station). Understanding the need to continue to support education, she was the organizing and first president of the UTSA Alumni Association and was the first inductee as the Distinguished Alumna. She began the scholarship program for the Alumni Association and challenged all alums to contribute as they have for over 30 years.

In 1991, Dr. Katz was selected by the Texas Association of School Boards as one of the top 5 superintendents in the state. The EXECUTIVE EDUCATOR international magazine selected Dr. Katz as one of the top 100 superintendents in North America for two consecutive years. She was inducted into the San Antonio Women's Hall of Fame in 1984 and served as president in 2010. Dr. Katz was awarded the Outstanding Educator Award from Texas A & M in 2003.

Dr. Katz is a CASA (Court Appointed Special Advocate) volunteer and works with children who have been removed from their families by Child Protective Services. She serves on many boards: TEAMability, Pacific University, and the San Antonio Public Library Advocacy Council. As Chair of the San Antonio Women's Chamber of Commerce, she has helped implement several educational programs: Bloomberg Business Program, Level Five Leadership Development Program, SMART WOMEN series, and POWER!hour luncheons.

In her spare time, she enjoys her 4 grandchildren, plays golf, scuba dives, plays bridge, makes jewelry, and loves to photograph sunsets. Her driver's license has an "M" on it which allows her to ride her red/white/blue, stars and stripes Harley Davidson on the country roads around San Antonio!